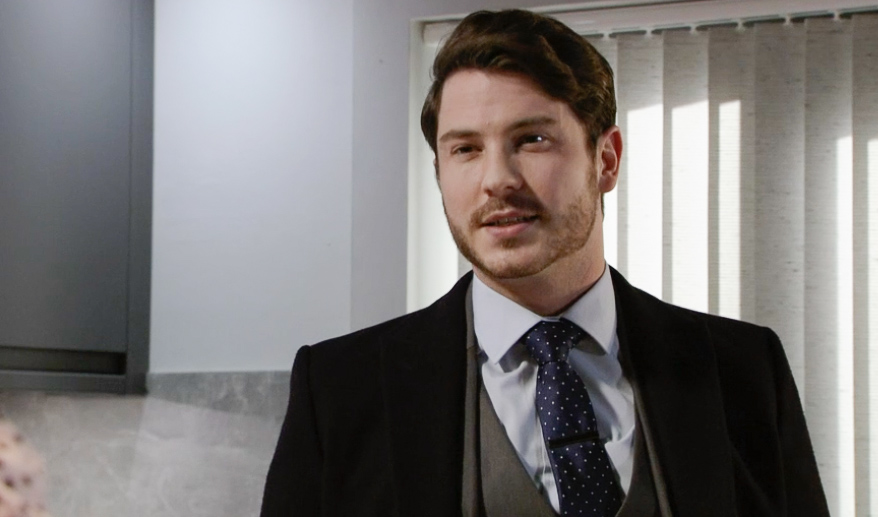 BBC Eastenders spoilers reveal that fans have been wondering when and how Gray Atkins’ (Toby-Alexander Smith) abuse will be exposed. Last week, he was called out for jealousy after the tracker was discovered at the garage. More recently, Gray started to tangle with Suki Panesar (Balvinder Sopal). This could end up saving Chantelle Atkins (Jessica Plummer).

For a long time, fans have been waiting for Gray’s abuse to be exposed. There were a few occasions when it was speculated Chantelle would finally leave, tell someone, or someone would notice the young woman’s injuries. However, it hasn’t happened yet, even after Gray beat Chantelle so viciously that she could barely get herself off the floor.

However, the abuse revelation is inevitable, a recent episode suggests.

Eastenders Spoilers: Dotty Retaliates When Ian Sets Her Up – Will Sharon Find Out The Truth?

It’s interesting that Chantelle ended up working for the Panesar family. At one point, Chantelle and Kheerat Panesar (Jaz Deol) accidentally got locked in a room together. They chatted while they waited for the chance to get out. It was during this scene that Chantelle was tempted to open up about Gray’s abuse. However, she backed out at the last minute and before Kheerat could push further, they were freed.

Eastenders spoilers reveal that it won’t be Kheerat that finds out about the abuse. It will be his mother, Suki.

In a recent episode, Gray confronted Suki and informed her that Chantelle would no longer be working for the Panesar family. Gray thought it would be a quick discussion and that would be the end of the story. However, Suki was suspicious and wanted to know why Chantelle didn’t come forward herself.

Then, Suki went to deal with the postman, but make sure to make a subtle threat with a slight smile on her face. She also is the second person in one week to ask Gray if he was the “jealous type.”Yes, it is clear that Suki suspects something is wrong with the whole situation.

After Suki walked out of the room, Gray started digging through the papers on the table and taking pictures with his phone. However, it is never a good idea to use intimidation or threats on Suki.

The interesting thing about Suki is the woman is a bit of a devious villain. We watched in horror as she faked cancer and even lied to her own children about it. When Jean Slater (Gillian Wright) called her out on it, Suki used Jean’s own words against her. However, it was Suki’s desperate attempt to bring her family together. It might not have been the right way to go about things. But it just shows Suki knows no limits when she is determined to accomplish a goal.

So, Gray threatening and intimidating Suki will not end well for him. Suki only speaks when she needs to get a message across. The rest of the time, she is carefully listening and observing everything around her. It seems very likely that Suki already knows — or soon will find out — about Chantelle being abused. And Gray just messed with the wrong woman because she’s not going to let him get away with this. The question is, how will she handle this situation and what does it mean for Gray, Chantelle, and the entire community?