Fans Of Meghan Markle Plan THIS As A Mega Meaningful Birthday Bash (But Does Meghan Care?) 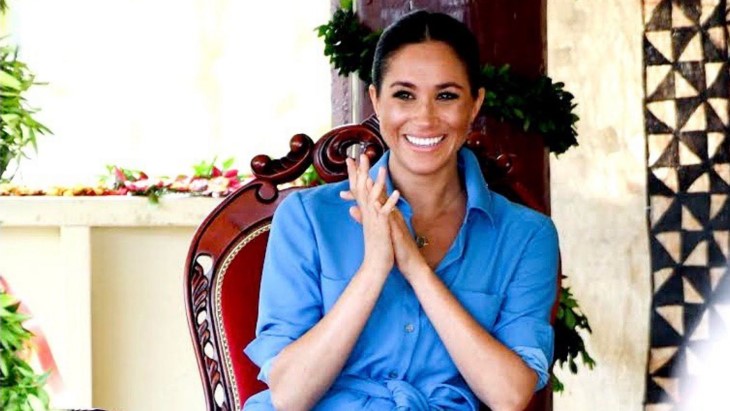 What’s all this about fundraisers, birthday bases, and Meghan Markle, anyway? Well, the illustrious Duchess of Sussex is about to hit the ripe old age of 39 on August 4, 2020. To celebrate, some of Meghan Markle’s fans have chosen to get together and create a digital fundraiser in the name of Meghan Markle and in honor of Meghan’s birthday.

According to reports, all donations will be used to help children who have been affected by the Coronavirus Pandemic. Unfortunately, naysayers and haters abound. Therefore, there are some who are questioning if Meghan Markle truly cares about any of this. Actually, the answer is that yes Meghan Markle does seem to care. At least, if you believe reports that Meghan reached out to personally speak to one of the organizers of these online fundraisers.

Camilla, The Duchess Of Cornwall, Thinks Flowers Are Nature’s Healers

However, others suggest that Meghan had to reach out in order to maintain a proper image. How crass would it appear if tons of fans raised boatloads of cash to celebrate Meghan’s birthday, but she didn’t reach out to say “Thank you?” Regardless of Meghan’s actions, some believe that there’s literally nothing Meghan can do to prove she cares about anyone other than herself.

After all, Meghan recently threw her best friend, Jessica Mulroney under the bus when the latter made some comments that some deemed “tone deaf” to the current political situation in the United States. Outside of that though, Meghan’s got a lot to worry about as her 39th birthday rapidly approaches. For example, Meghan surely can’t be focusing on birthdays and fundraisers by fans … as nice as they are.

That’s because neither Meghan nor Prince Harry has a full-time income. Fans of the royals speculate that the Duke and Duchess of Sussex have been living off savings. For example, perhaps they’ve been dipping into whatever money Meghan saved up from her time starring on the hit TV show, “Suits.” It’s possible as well that Prince Harry has been using up some of the inheritance his mother, Princess Diana left him.

Now, Meghan’s mother Doria Ragland has moved in with her and Prince Harry and so they have yet another mouth to feed. Of course, their expenses are most likely covered for the time being, but this is an untenable situation that Meghan and Harry both are keen to change swiftly. That means Meghan may be focusing on trying to get back into the film industry as fast as she possibly can. If Meghan could land another role as a regular on a TV series, she could no doubt command a very tidy sum.

Camilla Parker Bowles Is Finally Reunited With Her Grandchildrenhttps://t.co/bL932QdCbH

As well, if Prince Harry could simply get gainful employment as a spokesman for one high-profile charity or another, even without the use of his royal titles, it would certainly help. This would also show that Harry can be more than a househusband. (Unless, of course, that’s what he and Meghan prefer.)

The bottom line in light of Meghan and Harry’s financial needs is that it’s likely Meghan isn’t going to be thinking too much about her birthday this year … fundraisers or no fundraisers.