The Bold And The Beautiful Spoilers: Quinn Right To Be Jealous, ‘Bridge’ Broken – Brooke Looks To Eric For Comfort! 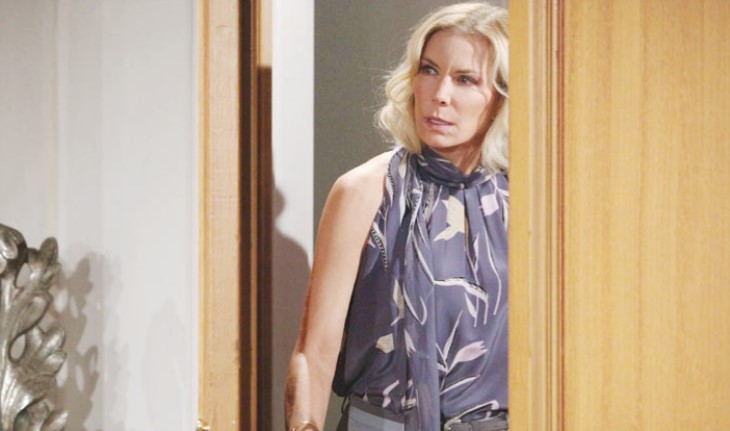 B&B writing Lang’s iconic, legacy character toward the grim realization that Ridge has fallen out of love with her projects as the better storyline option, as opposed to having them reconcile yet again. Whether he actually forges a relationship with Shauna Fulton (Denise Richards), or not, Brooke can then turn her focus to the person who gleefully created the major problem Bridge is facing.

The Bold And The Beautiful Spoilers – Modern Slide Show Machine

Brooke knows that Quinn has long been threatened by the feelings Eric Forrester (John McCook) has retained. It’s not that Eric loves Brooke more than Quinn. He’s openly told Sofer’s character that Queric is his choice, but that Brooke has a special place in his heart.

Feeding off that insecurity, Quinn took Shauna’s smartphone and forwarded the video that was shot of Brooke and Bill Spencer (Don Diamont) kissing to herself. Eric’s insecure wife hoped to humiliate Brooke so that everyone at the intended Bridge reunion party would realize what Quinn considers to be the truth.

Quinn’s actions were mean and dangerous but came on the heels of Brooke having recently told Eric that he should divorce his wife.

The Bold And The Beautiful Spoilers – Brooke Logan Seeks Reprisal

Eric will be sympathetic to Brooke’s plight if Ridge won’t take her back. He’s already upset that the Bridge reunion fell apart and isn’t pleased with Quinn for the unrepentant role she played in making that happen.

Brooke took comfort in Eric’s arms earlier this year. A smart move would be to play into her former husband’s noted compassionate streak, rather than going after Quinn directly.