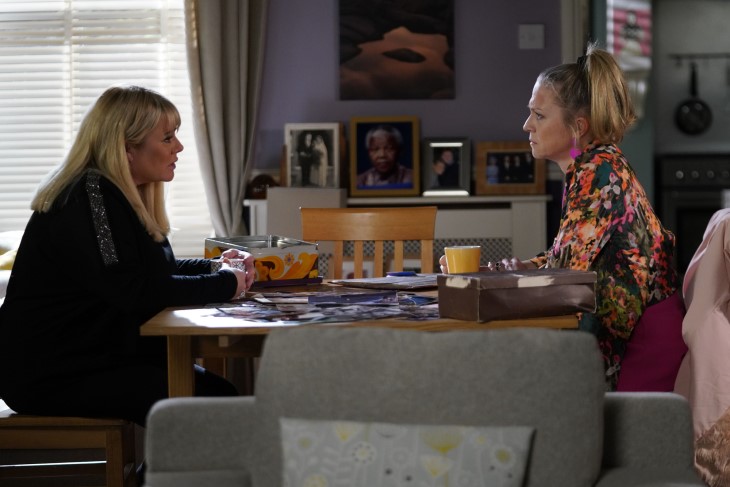 BBC EastEnders spoilers and updates reveal that fans had to pick their jaws up off the floor last week after discovering that Phil Mitchell (Steve McFadden) did not take the keys as the owner of Queen Vic.

Imagine what the bad guy himself must have thought! In effect, the presumed buyer was pushed out as Sharon Mitchell (Letitia Dean) and Ian Beale (Adam Woodyatt) came in at the last minute and secured a victory.

But that’s just the beginning of the drama yet to come! In upcoming scenes, Ian’s evil secret will be exposed, and fans are already speculating if it means another murder could be committed in Queen Vic?

EastEnders Spoilers – Will Someone Else Die Under The Roof Of The Albert Square pub?

Fans of the iconic BBC drama were gobsmacked when EastEnders aired its final original episode for some time. The show ran out of original content because of a production stoppage due to the coronavirus pandemic.

The final episode was taped prior to the lockdown. In this episode, Sharon Mitchell and Ian Beale triumphantly announced that they are now the new owners of the Queen Vic pub.

However, Sharon has no way to know that Ian is the reason her son Denny Rickman (Bleu Landau) is dead. When the truth comes out, Sharon and bestie Linda Carter (Kellie Bright) may take action to ensure that he pays for his crime and can’t hurt anyone else.

The vicious chain of events started when Ian Beale discovered during the Queen Vic boat party that Denny was behind a vicious attack on Bobby Beale (Clay Milner Russell).

Denny had been stirring up hate against Denny online because he as converting to Islam. In a terrible and ironic twist of fate, Bobby was attacked and in a coma as a result of his actions. Ian found out the horrible truth and vowed revenge.

At the ill-fated party, Ian locked Denny below deck, the boat crashed and took on water, and Ian was forced to save him.

Ian did get Denny out, but Ian and Dotty Cotton (Milly Zero) know what really happened. Ian has been supportive of Sharon since death and they have grown closer.

Now that she is working with Ian what will happen to the liar and deceiver when she learns the truth?