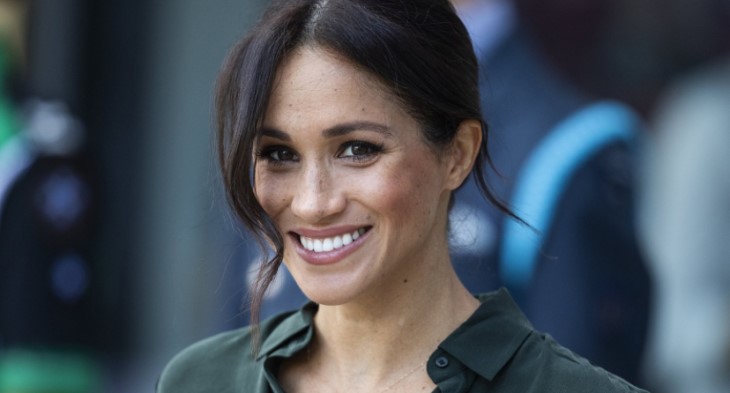 Apparently, Meghan Markle has lost the itch for acting and instead has dreams of a political future in the United States of America. In fact, reports in some tabloids are suggesting that Meghan Markle’s entire raison d’être, and her desperation to leave the U.K. stem from this newfound desire.

Of course, this doesn’t take into account the fact that Prince Harry apparently planned on Megxit, himself, before he even married Meghan Markle. The theory also ignores the fact that if Meghan wanted a platform to speak out on racism and other social issues, remaining a working British Royal could have done the trick far more effectively than running for political office in the USA.

While Meghan Markle’s desire for racial equality may be admirable and may be entirely sincere, there are some serious pitfalls to a life in politics. First, with Meghan’s bad reputation as an attention hound, it’s hard to see her cast as the next (female) Martin Luther King, Jr. Secondly, due to the fact that Meghan’s social life, financial situation, and her mixed-race heritage, some believe Meghan’s newly found voice on politics is mere pandering.

On the flip side, some have argued that well, perhaps Meghan might hit Washington D.C. with the same kind of hurricane-force winds as New York socialist, and Democratic representative, Alexandria Ocasio-Cortez. After all, Meghan is relatively young, is considered a strong woman, and has ambition in spades. Still, the criticism from some definitely outweighs the positives when it comes to Meghan Markle’s efforts to jump on the social justice and Black Lives Matter bandwagon.

From accusations that Meghan plagiarized portions of her speech to Immaculate Heart High School in Los Angeles, to suggestions that Meghan needs an award for most inflated ego ever, fans of the Royals just don’t buy her overall sincerity on the issues. In fact, some have gone so far as to suggest that Meghan’s entire speech on race relations and her memories of racial events as a child were nothing more than “word salad.”

Part of that is due to the question that’s being asked of Meghan Markle right now. That question, of course, is why now? Meghan’s been a mixed-race for her entire life. Meghan’s had an African American mother for the entirety of her existence on planet Earth. Why is Meghan just now discovering her voice? Didn’t Meghan marry a white prince? Doesn’t Meghan live in a multi-million dollar mansion? Doesn’t Meghan enjoy a lot of privilege that other African Americans (and a lot of Caucasian and other Americans of varying ethnicities) simply don’t?

However, some are asking why Meghan Markle could find it within her to mention these people, and yet she totally ignored the death of a black, 77-year-old retired police officer, David Dorn who was killed by a career criminal. His death was in the news, so why didn’t Meghan mention him? They’re asking why Meghan Markle has neglected to mention the twenty-five African Americans who died in Chicago on Sunday, May 31, 2020 … (all were murdered in just one day) … none of whom were killed by police.

Prince William The Arch Villain In The Tale Of Megxit?https://t.co/iaBqwGjqxp

In other words, many believe that Meghan Markle is an opportunist who isn’t concerned so much with the wellbeing of the African American community in America as she is with a desire to jump in front of a camera. This time, the accusation is that Meghan’s opening her mouth because she believes politics will simply plaster her face across more TV screens than any television series ever could.