Days Of Our Lives Spoilers: Abigail’s Vengeful Return – Who Triggers Her Fury? 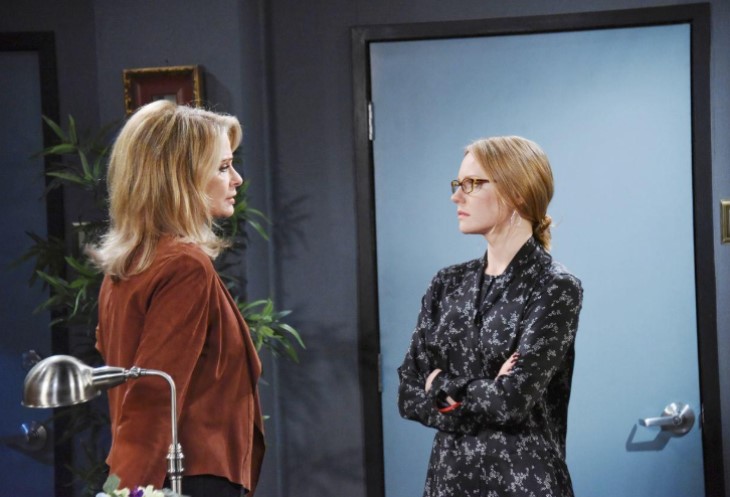 NBC Days of Our Lives spoilers and updates reveal that in the next few weeks, we can expect Abigail DiMera (Marci Miller) to return. However, don’t expect it to be a warm homecoming. It is teased that the young woman rips into Salem and is focused on vengeance. So, what has triggered Abigail’s fury, who is going to face her rage, and what could happen next?

DOOL spoilers reveal that when Kate Mansi left the soap, the character of Abigail went to Florida to seek treatment for her hallucinations. As previously reported, Miller is going to once again take over the role. We don’t know if she will return to Salem cured, but it is hinted that she is not a happy lady.

DOOL Spoilers – Returns With A Vengeance

According to DaysCafe, Abigail returns to Salem and is focused on getting revenge. However, we don’t know anything else about Abby’s upcoming storyline. So, what has ticked her off so much that she formulates a plan to strike back? There are a few different possibilities.

Days of Our Lives spoilers reveal that Chad DiMera (Billy Flynn) returned to testify at Gabi Hernandez DiMera’s (Camila Banus) trial. However, it is indicated that she could be found not guilty. This will certainly set off Chad, and it could ignite Abigail’s rage as well. Could Abigial’s return center around making Gabi pay for allegedly drugging the young woman?

It is also stated that after the trial, Gabi “regroups” and then strikes back. It is already known that Gabi will stew about how Abigail has tried putting her in prison twice for crimes she didn’t commit. So, these two women could go to war.

Another possibility is that Abigail’s rage has to do with Vivian Alamain (Louise Sorel). The woman did some pretty dirty deeds to boot Chad from his company, his mansion, and even took away his woman! Vivian’s son, Stefan DiMera (Brandon Barash) ended up taking everything away from Chad. That includes Chad’s own wife, Abigail.

Days of Our Lives Spoilers: Trouble Ahead For Will & Sonny – Will The Father Of Allie’s Baby Show Up Wanting His Child? #Days #DOOL #DaysOfOurLiveshttps://t.co/zvcsQsc5Gv

It is teased that Gabi will try to form an alliance with Vivian in order to Jake Lambert to remember he is Stefan DiMera. The two will probably also figure out a plan to take control of DiMera Enterprises. That certainly would set off both Chad and Abigail. However, it’s hard to imagine Abby getting revenge on something and actually causing chaos. However, if she’s not completely cured of her psychosis, then who knows what she will do.