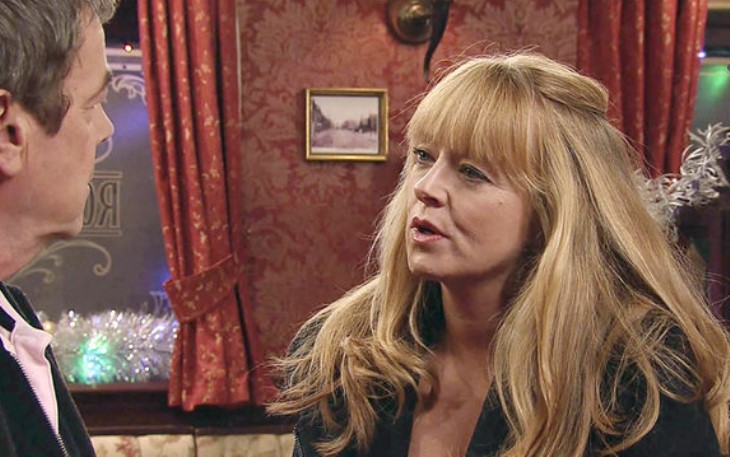 ITV Coronation Street spoilers reveal that Oliver Battersby’s (Emmanuel and Jeremiah Cheetham) dire diagnosis affects many characters. When Jenny Connor (Sally Ann Matthews) returns from France, the tragic situation haunts her. She will be flooded with traumatic flashbacks of her own son’s death. Could her experience help Leanne Battersby (Jane Hudson)?

Corrie spoilers reveal that when newcomer Scott Emberton (Tom Roberts) came to The Rovers, Johnny Connor (Richard Hawling) was spooked. He took Jenny and they jetted off to France. Of course, Jenny didn’t know the real reason they were suddenly visiting family in another country. Well, Jenny is about to return and we will see her reaction to Oliver’s tragic diagnosis.

Fans that were waiting for Johnny to come back to deal with Scott won’t get their wish. At least, not right now. Even though Jenny comes back from France, Johnny isn’t with her. It seems that he is still going to extreme lengths to avoid Scott. Basically, he’s still running and hiding from his dark past.

Coronation Street spoilers from The Sun reveal that we will see how Jenny reacts to Oliver’s tragic fate. She will be haunted by traumatic flashbacks from many years ago when her own son died. Even though these will be devastating and painful memories, they might serve a greater purpose.

As fans have seen, Leanne is in serious denial about Oliver’s fate. Eventually, she will have to accept the grim truth and face her son’s prognosis. She will completely fall apart and will tell Steve McDonald (Simon Gregson) that without Oliver, she has nothing. These words will hurt her stepson.

When others try to help Leanne, she will likely fire back that they don’t understand. However, Jenny has gone through this experience herself and knows what Leanne is going through. This could actually be a blessing in disguise. Will Jenny end up reliving her painful past in order to help a grieving mother cope?

It has been stated that what happens to Oliver at the end of this story will change Leanne forever. With all the tragedies that play out on soaps, there has to be some sort of lesson or silver lining. Perhaps this is how Leanne will cope with Oliver’s fate and survive the heartbreaking devastation that she will go through.

Be sure to catch up on everything happening with Corrie right now. Come back here often for Coronation Street spoilers, news, and updates.