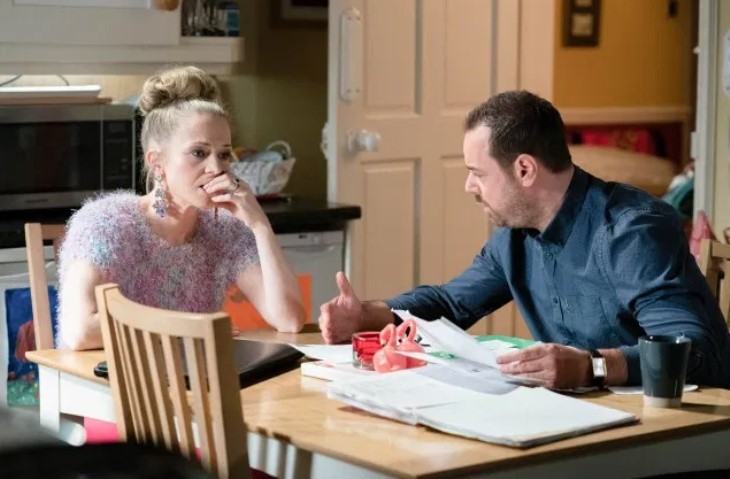 Eastenders spoilers reveal that even though The Vic has been sold, we will still see Mick and Linda Carter. Actors Danny Dyer and Linda Bright teased the soap couple’s next big story. Expect the pair to be “tested” in new episodes and Dyer added that the upcoming story is probably the best he’s ever had. Keep reading to find out more

EastEnders Spoilers – The Vic Sale Just One Chapter, Not The End

The last episode that aired before the soap went on hiatus featured the sale of The Vic. It didn’t go to Phil Mitchell (Steve McFadden). In a surprise and vengeful twist, the pub went to Ian Beale (Adam Woodyatt) and Sharon Watts (Letitia Dean).

Some fans worried that the sale meant that Mick and Linda would no longer be on the soap. However, it turns out the sale was just one chapter, and it does not mean the end of the Carters’ story.

According to Metro, Bright was asked about Mick and Linda’s future on the soap by Stacey Dooley. The host of the Eastenders spinoff, Secrets From the Square, tried to get some teasers from the actress. However, she wouldn’t give away anything huge. She only shared that the Carters will be tested.

However, Dyer shared a bit more information that should get viewers excited. He raved about his new storyline and thinks it’s the best one he’s ever had. The actor teased,

“I think potentially when we come out of lockdown, I think I could have the best storyline I’ve ever had on this show.”

Mick has been given some pretty huge and heavy storylines on the soap in the past. So, Dyer’s statement makes us really excited to find out what the future holds.

Eastenders Spoilers – What’s Next For the Carters?

Even though the actors couldn’t really go into detail or give more clues, fans have been speculating. Some believe that Linda will be part of Sharon continuing to get payback. However, don’t expect Phil to just accept he lost and move on. He will want revenge and could wage war.

Plus, there is also the secret about Dennis Mitchell’s (formerly Bleu Landau) death. So, Dotty Cotton (Millie Zero) could also be part of the story. Since Linda is close with Sharon, expect the Carters to be involved somehow when the truth finally comes out.

There is also Linda’s recovery from alcoholism. It will be a lifelong struggle, so we might see her tempted or have relapses. Then, there is the possibility that the Carters could get into another business, which would be interesting as well.