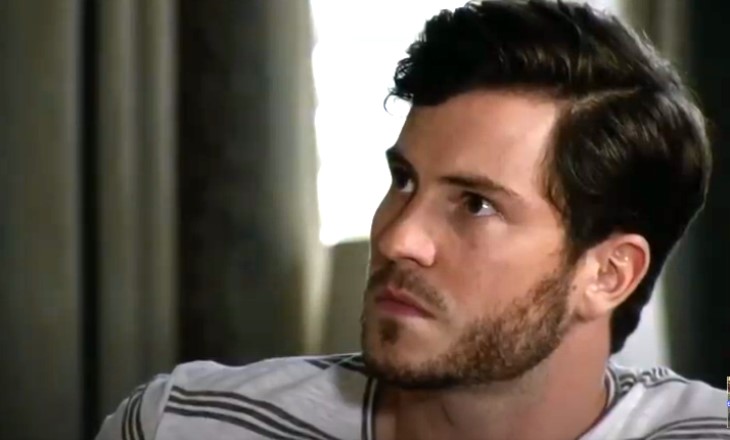 ITV Eastenders spoilers and updates reveal that Gray Atkins (Toby-Alexander Smith) is determined to have his way. He tried telling Suki Panesar (Balvinder Sopal) that Chantelle Atkins (Jessica Plummer) quit, but the matriarch wasn’t buying it. Then, Gray started taking photos of business paperwork. Could he use this to make a point? Could it lead to an innocent family being homeless?

In order to regain control over Chantelle, Gray decides that her job is a big problem. He thinks she is having an affair and didn’t approve of Chantelle running errands for her boss. So, he decides that her job must go. He takes it upon himself to tell Suki that Chantelle will no longer be working for the family’s business.

However, Gray’s plan doesn’t quite go as he intended. Suki didn’t accept Chantelle’s resignation and wanted to talk to the woman herself. Then, she made some comments about Gray being the jealous type. This would be the second woman who has accused him of that in one week.

Eastenders spoilers reveal that Suki went to deal with the postman, but delivered a subtle, veiled threat as she walked out of the room. Gray is beginning to lose control and Suki can clearly see that. But unlike Chantelle, the matriarch isn’t afraid of anyone, and that includes Gray.

As fans recall, when Suki walked out of the room, he got out his phone and began taking pictures. They were of the Panesar family’s business documents. There is a reason why he did this and will likely find something to use against Chantelle’s employers. There is a theory that he could prove that the business isn’t legal, they’re involved in shady dealings, or perhaps he will accuse them of some sort of white-collar crime.

If the Panesars lose their business and officials start scrutinizing everything, then where does that leave the Slater family? They were nearly left homeless last winter, but thankfully, that story did a complete 180 just in time. Unfortunately, it seems that things are about to take a downward turn for the family once again.

This time, could Gray destroy an innocent family just to prove a point to the Panesars? How will Chantelle feel about Gray’s actions when she finds out? We know Suki never backs down and will strike back, but how will she go about that? We will just have to wait and see how this storyline develops when new episodes air again in September 2020.