Emmerdale Spoilers: Lockdown Episodes Had Clues To Future Plots – Here They Are 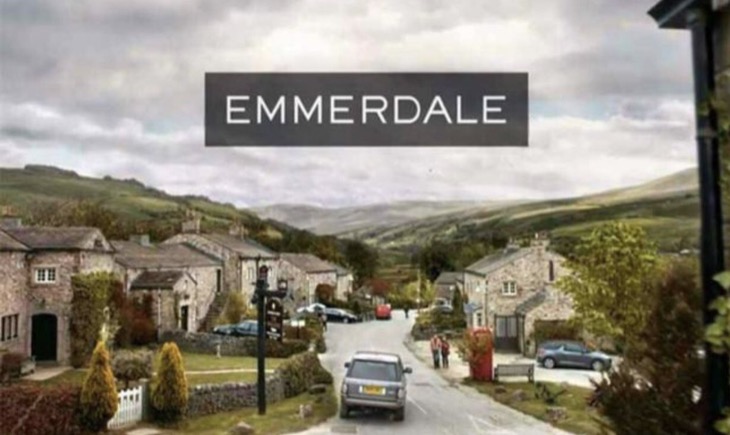 ITV Emmerdale spoilers and updates reveal that the lockdown episodes are all about a set of characters dealing with quarantine. However, stand-alone installments have special importance. With each broadcast, the lockdown scenes will provide us with a piece of information or reveal a secret. Those Easter eggs will then be integrated into future storylines.

A while back, Lydia Dingle (Karen Blick) learned that Huntington’s Disease was in her genetics. There was a test she could take that would show if she had the gene. However, she decided against getting the test.

In the lockdown episode, Sam Dingle (James Hooton) was worried about what could happen to Lydia if she got infected with COVID-19. Sam made a desperate plea for Lydia to get the test.

Emmerdale spoilers reveal that Belle Dingle’s (Eden Taylor-Draper) mental health could be a future storyline. We received two hints that her schizophrenia will be addressed in the future. The first was when Belle’s affair with Jamie Tate (Alexander Lincoln) was publicly exposed. He blamed her for the shocking reveal, then used the illness against her. She later mentioned him calling her crazy was hurtful.

Then, the lockdown episode had Sam and Lydia imply that Belle was struggling with her mental illness while in quarantine.

Employees ended up being furloughed due to the coronavirus pandemic. It was created with a good purpose that is intended to protect jobs while easing the financial burden on employers. However, many companies take advantage of furloughed employees. Sam indicated that Kim Tate (Claire King) was trying to force him to work even though he was on furlough.

Moira Dingle (Natalie J. Robb) spent months trying to get forgiveness for her affair with Nate Robinson (Jurrel Carter). However, it seems that just when Moira might have a new love interest, Cain could open his heart to her. During the lockdown episode, Cain finally admitted he still loves Moira. It’s possible we might see a love triangle in the future.

Lockdown episodes featured Nicole King (Nicola Wheeler) venting her frustration to her husband. She wants more from her life and told Jimmy King (Nick Miles) that she wants entrepreneurship. She even knows which business she wants to get into, The Sun reported.

Chas Dingle (Lucy Pargeter) has been through a lot. Paddy Kirk (Dominic Brunt) forgot their baby was in the car, which led to the couple being investigated and they risked having their daughter taken away.

In the Emmerdale lockdown episode, Chas was clearly troubled by something. She claimed that it was her appearance and argued with Paddy over makeup. However, there is something much bigger going on. Brunt recently explained that Chas is left caring for the baby 24/7. There also might be some simmering resentment over Paddy’s past actions. She has sent out red flags, but Paddy hasn’t noticed any of them. Fans believe that Paddy and Chas could split up.