General Hospital Poll: When Nina Testifies Will It Be for Or Against Nelle? Vote Now! 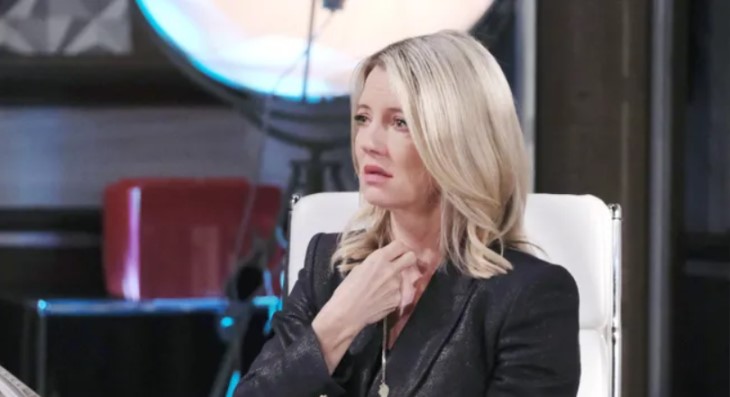 ABC General Hospital spoilers and updates suggest that Nina Reeves (Cynthia Watros) may end up testifying in favor of the evil Nelle Benson (Chloe Lanier) in the latter’s child custody battle against Michael Corinthos (Chad Duell). GH fans know that it’s been a question for some time now as to whether Nina would come in on Nelle’s side or not. Many GH fans now believe that Nina just identifies with Nelle too much for her to testify on Michael’s behalf.

The truth is, GH fans know that Nina’s been partial to Nelle for some time now. In fact, though Nina tried to pretend that she would play Nelle like a drum when she hired her to work at Crimson, it soon became obvious that it was Nelle who was doing all the playing. In no time at all, Nina went from small hints that she believed Nelle’s story over that of Carly Corinthos (Laura Wright) to outright, blatant defense of Nelle’s character to all and sundry.

General Hospital News Updates: Is Steve Burton Hinting That GH Is About To Begin Filming?

Viewers might remember that on more than one occasion, Nina gushed, cried, and otherwise went to bat for Nelle during discussions with Carly, with Willow Tait (Katelyn MacMullen), and even Jasper “Jax” Jacks (Ingo Rademacher).

That’s despite the fact that Nina knew beforehand that Nelle was found guilty in a court of murder, of attempted murder, and a lot of other things to boot. Clearly, if Nina was okay with that and was willing to argue that Nelle deserved another chance as a mother … Nina’s sense of morality wasn’t firing on all thrusters.

Many GH fans might agree that it all boils down to one thing for Nina. She believes that Nelle could be her long lost daughter. That or Nina can’t stop projecting her own hopes, fears, and dreams on to Nelle. Nina feels a longing to hold a child in her arms … her own child … therefore Nelle must feel that way too. Nina had challenges when it came to her mental health but overcame them. Nelle’s sociopathic tendencies can be overcome too if only Nelle is given the chance!

Of course, everyone and their neighbor knows that Nina is simply deluding herself if she indeed does testify on Nelle’s behalf. All of Nina’s beliefs concerning Nelle will be torn to shreds when at one point, eventually, Nelle turns and attacks the hand that’s fed her. Nina may find herself crushed and will beat herself up mentally and emotionally when that happens.

However, many GH fans may not be able to find themselves sympathetic in that eventuality.

Another issue that Nina may not have thought through has to do with the consequences of testifying on Nelle’s behalf. Many will believe that Nina willingly placed Wiley Cooper-Jones (Erik and Theo Olson) at risk. To people like Carly and perhaps Jax, that’s unacceptable … even unforgivable.

The bottom line here is that Nelle will live to tell the tale and to fight another day with or without Nina’s help. However, with it … Nina will undoubtedly lose the friendship of the entire Corinthos household and Jax may discover that he’s simply no longer having fun.

Who will be left to pick put a broken Nina back together after that?

Well, the answer to that is obvious. Many believe the only person Nina may find to comfort her … is Valentin Cassadine (James Patrick Stuart).