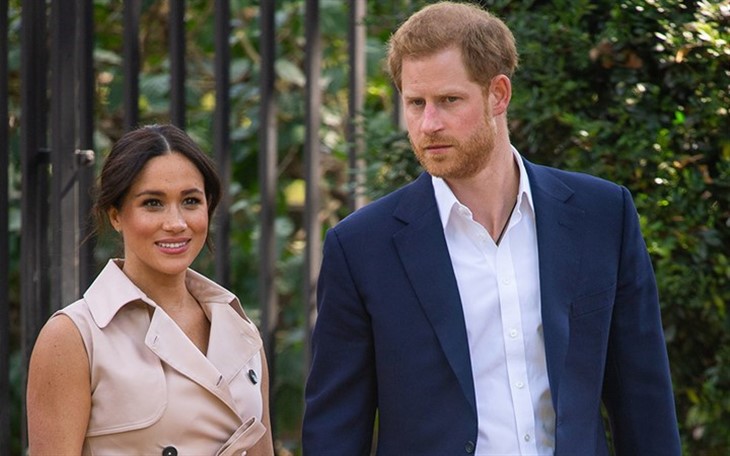 Most fans of Meghan Markle and Prince Harry know that the couple promised to pay the British taxpayers back for their costly renovation of Frogmore Cottage in Windsor. According to information reported by a number of British publications, Prince Harry and Meghan spent well in excess of $3 Million U.S. dollars on fixing up their new home. That money was taken from the British Royal family’s sovereign grant … the money was given to Queen Elizabeth out of public funds.

As many fans know, Meghan Markle and Prince Harry didn’t dwell at Frogmore long before they embarked upon the infamous process, which has become known simply as “Megxit.” Apparently, even before Prince Harry and Meghan Markle wed, Harry had decided that at some point he would be stepping back from his royal duties. This played nicely into Meghan Markle’s own plans as it turns out she didn’t really like working for The Firm after her marriage to Prince Harry.

With all that said, Prince Harry and Meghan agreed to pay back the funds used to refurbish and restore Frogmore Cottage. While the Duke and Duchess of Sussex plan to keep the home and its environs as a “home base” whenever the two are in the U.K., they will not apparently be there often. Many fans agree with the Queen that Meghan and Harry must repay the taxpayers. After all, why work to restore Frogmore Cottage if Meghan and Harry aren’t going to be there much anyway?

It’s a certainty that Meghan Markle may be breathing a silent prayer of thanks to the heavens that her husband enjoys such privilege considering the fact that he has no marketable skills of his own. That is, Prince Harry has never worked a day in his life for any kind of business outside of a ten-year stint in the British military. Of course, Prince Harry has given speeches and apparently knows how to speak well, and has associated himself as a spokesperson for well-known charities. Therefore, Prince Harry isn’t altogether unaccomplished.

Finally! Harry and Meghan Have a Job, But Are They Truly Qualified? https://t.co/xXEBMvXXH8 pic.twitter.com/HHwqRdUuyv

However, with no cash coming in other than (mostly) money from Prince Charles, everyone has wondered when and how Meghan and Harry will pay their debt on Frogmore. The answer has finally arrived since both Harry and Meghan have signed with the New York-based Harry Walker Agency. This firm books celebrity guests as speakers at events around the world. The best news for Prince Harry and Meghan is that regardless of their true qualifications, they will reportedly receive in excess of $1 Million per speaking engagement.

The Duke and Duchess of Sussex have decided that they will begin paying a sum of £18,000 per month. (This comes to about $ 22,265.00 per month.) At this rate, it will take Prince Harry and Meghan Markle about ten years to pay off their debt to the British taxpayer. (One might ask why it should take Prince Harry and Meghan that long if they’re going to be paid a Million plus per every speaking engagement, but whatever.)

In any event, the bottom line is that the debt Meghan and Harry owe will be repaid, and thus, the two will not dishonor the Crown any more than perhaps they have already done.