The Royals Are Back To In-Person Public Events 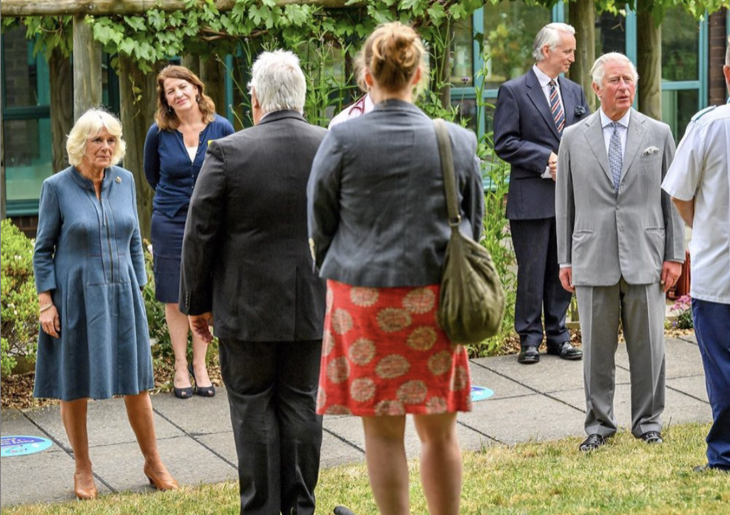 While performing public duties via Zoom was no doubt convenient and expedient, the royal family must keep pace with the times meaning their virtual visits are now over and it’s back to work the old-fashioned way.

On Tuesday, Prince Charles and his wife Camilla were back to work in the public eye as they greeted National Health Service workers.

The visit comes after months of royal remote appearances due to the observation of coronavirus pandemic protocols. During the UK’s isolation period, the royal family has attended virtual engagements via video calls, but now that the lockdown is fading out in the U.K., they’ve begun in-person appearances.

The royal family is getting on with life and getting back to public duties starting with Prince Charles and Camilla, Duchess of Cornwall, visiting Gloucestershire Royal Hospital

At Gloucestershire Royal Hospital the couple told the staff of their gratitude for their having been on the frontlines of the COVID-19 crisis. The couple was careful to keep a proper social distance as they talked with the staff.

According to the Telegraph, Prince Charles stated, “It’s been a marvelous opportunity just to have a chance of seeing people I know have been doing so much — literally on the front line. And having to endure an awful lot of stress and strain in their wonderful way — how they do it, I don’t know.”

The Telegraph spoke with Jeff Mills, a healthcare assistant who was at the event and he relayed some of what Prince Charles said to the staff.

“He did speak of his personal experience, so the first-hand experience for him. He also spoke about his loss of smell and taste, and sort of still felt he’s still got it now.”

Is Prince Charles Is Still Dealing With The Symptoms Of Coronavirus?

Prince Charles was diagnosed with the virus in late March and subsequently spent almost three months in isolation at his Scotland residence.

This weekend Queen Elizabeth had a public appearance of sorts when she emerged from her isolation at Windsor Castle to view a mini-parade on the grounds. She was in a small tent with two military officials at her side. Her husband Prince Philip was thought to be watching the event from inside the castle.

Finally! Harry and Meghan Have a Job, But Are They Truly Qualified? https://t.co/xXEBMvXXH8 pic.twitter.com/HHwqRdUuyv

Nonetheless, some royal watchers are speculating that the queen may never return to full public duties. Whether or not this occurs remains to be seen but the queen is in a high risk group for contracting the virus.