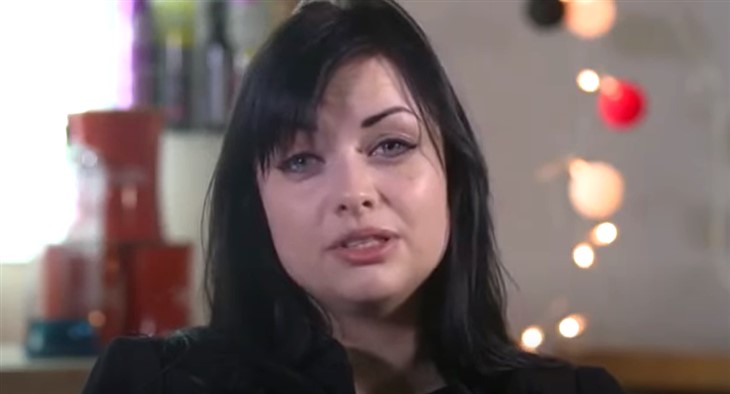 BBC Eastenders spoilers and updates reveal Whitney Dean (Shona McGarty) is preparing to go on trial. She opened up to Gray Atkins (Toby-Alexander Smith) about past abuse, then kissed him. Chantelle Atkins (Jessica Plummer) confronted Whitney, and it seems like trouble always finds her. The actress made a statement that has some wondering if she is leaving the BBC soap.

Trouble seems to follow Whitney and we have watched as she has dealt with on horrific situation after another. At the peak of her stalker terrorizing her, Whitney eventually killed Leo King (Tom Wells). After covering it up, there were too many snags, even with Mick Carter’s (Danny Dyer) help, so Whitney confessed. Once she was taken to jail, she ended up having a mental breakdown. She hallucinated and went on a hunger strike.

However, Leo’s death wouldn’t be the end of the torment. Fans recall when Leo’s mother showed up, got Whitney to open up, then began her revenge scheme. It just seems like no matter what, Whitney is always facing a terrible situation.

Eastenders spoilers reveal that Gray is working on Whitney’s case, even though he had reservations in the beginning. He got the young woman to open up about their past relationships. When she admitted to being an abuse survivor, Gray didn’t even flinch.

We know it’s because Gray victimizes his own wife, Chantelle. However, you would think Gray would at least act surprised, horrified, or show some sign of empathy.

After Whitney kissed Gray, he pushed her away and made it clear there is nothing between them. He told Chantelle about it, and she ended up confronting Whitney. One of the people who has tried to help and support Whitney now feels like she was betrayed.

During an interview with Inside Soap magazine, McGarty chatted about Eastenders, her character, and more. The actress was asked which character would be a good match for Whitney. She believes that there is no man that is suitable for Whitney.

McGarty was also asked if Whitney escapes a prison sentence, what would she like her next storyline to be about. The soap star admitted that even though she wants Whitney to be happy, she really loves playing dark stories. McGarty also enjoys fight scenes and wants Whitney’s feistiness to come back out.

EastEnders Spoilers – From Eastenders To Emmerdale?

As for what soap McGarty would like to be in, she said Emmerdale. She thinks that they have good writing and like storylines. However, she also made it clear that she is loyal to Eastenders. Express speculated that the Emmerdale statement indicated that McGarty might leave to go soap hopping.

However, we don’t think that is the case. We expect much more coming up for Whitney — as long as she can stay out of prison, of course!