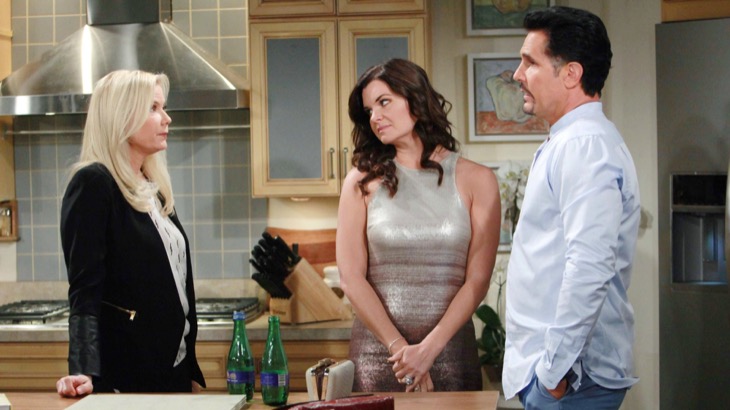 CBS The Bold And The Beautiful spoilers and updates document that the recent Brill kiss doesn’t represent a longtime issue one character needs to confront or even a problem that only impacts one couple.

No, there are four characters who are intertwined in each other’s lives on B&B. Brooke Logan (Katherine Kelly Lang), Katie Logan (Heather Tom), Ridge Forrester (Thorsten Kaye), and Bill Spencer (Don Diamont) have repeated their dysfunctional patterns so often that it’s time to take a dramatic step.

Group therapy, involving all four people meeting together with a professional therapist for an extended period of time, is called for. But will this radical advice be heeded?

Why did Bill find himself standing so close to Brooke in the cabin and then passionately kissing his former wife? Of course, that former wife means his most recent spouse, Bill, and Brooke being married from 2017 through 2018.

Bridge and Batie’s marital problems haven’t always been fully about one half, or a whole part of one couple engaging with one, or both parts of the other. But there’s no doubt that latent feelings, or those that have been acknowledged and expressed, continue to play into the complex links between these four characters.

As viewers recall, Katie and Ridge were visibly upset when they and everyone else saw the uploaded Brill cabin kiss. Ridge responded by yelling and then hitting Bill with a right cross. Katie yelled and then rationalized what happened.

Viewers know that Bill and Brooke hadn’t planned to kiss each other that night. It’s just something that happened based on the current circumstances of their lives and their shared history. They instantly recognized that the incident was wrong and had zero plans to repeat the event or pursue any type of relationship.

Brooke and Bill’s agreement to keep the matter to themselves, whether indefinitely, or forever was actually intended to prevent Ridge and Katie from being upset. But Brooke and Bill also knew that they’ve been sometimes incapable of restraining their impulses, which meant they could flair again.

Doing the same thing and expecting a different outcome isn’t intelligent, or productive. So, if Bridge and Batie are serious about addressing the underlying psychological issues that have once again derailed both couple’s lives, then all parties will pursue a new answer.

Committing to group therapy would enable an open discussion within a controlled setting. This route would allow issues to be confronted, rather than remain buried. Daytime’s hallmark, intense dialogue, would result and maybe this quartet could eventually bury their soapy hatchets in places beyond each other’s backs.