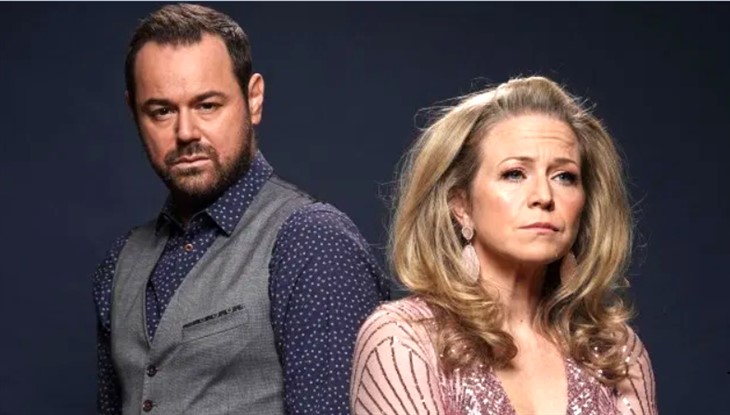 BBC EastEnders spoilers and updates hint that Mick Carter (Danny Dyer) and Linda (Kellie Bright) may receive a new storyline once the show comes back with new episodes. Mick and Linda have had some ups and downs throughout the last couple of months as Linda has been struggling with her alcohol addiction.

Now they will be leaving Queen Vic as viewers have seen on the last new episode that was shown that Sharon has taken over ownership of Queen Vic. This could mean that Mick and Linda will be getting another storyline once the show airs once again.

Mick has been working at Queen Vic, but with them moving, this could mean a job change. Mick has found a flat for their family to stay in, but they have not talked about the job that he would be getting. This could lead to a job hunt for Mick as he tries to figure out what he wants to do. For Mick, he would be starting over with his job while also tries to create a fresh start for his family.

Linda may be out of the Vic, but she is still on the road to recovering. Linda has been made it known that she is still craving alcohol, and she may still be struggling with this even after she leaves Queen Vic. Along with this, she and Mick are still trying to get back on the right track as a family.

Now that they have moved out, things may get better, but it has been teased by the actors that they will once the show comes back on that Mick and Linda will have another major storyline. Could it be that their relationship is in jeopardy once again or is it that they are trying to figure out what path they need to take to return back to normal?

The virus may also be included in the soap as well, which could cause some noticeable differences for the characters. With Linda still recovering, it may be the case that she will suffer from setbacks due to the stress from the virus. What do you think? What storylines do you think Mick and Linda will be in? Be sure to catch up on everything happening with the soap right now. Come back here often for Eastenders spoilers, news, and updates.