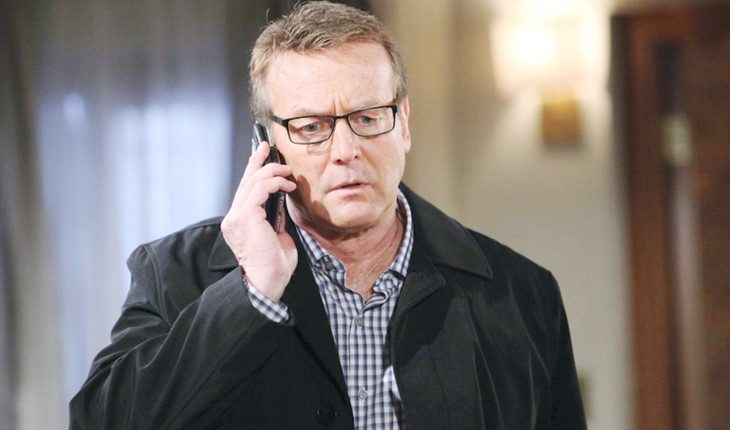 CBS The Young and the Restless spoilers and updates document Doug Davidson (Paul Williams) released the newest episode in his online Y&R related series. The fifth episode of The Stories Behind The Stories runs eleven minutes and twenty-three seconds. This segment focuses on two of Davidson’s favorite castmates and the show’s first-ever location shoot.

Aside from the video Davidson posted on his Instagram account he said, “The Stories Behind The Stories – Episode 5 – Paul and Cassandra: Part 5. All made possible by the amazing talents of @joymathys, @calyssadavidson, and Gareth Murphy!”

The Young And The Restless Spoilers – Murder Mystery Deepens

Paul believed that Cassandra Hall Rawlins (Nina Arvesen) is trying to set him up for George Rawlins’ (Jonathan Farwell) murder. Cassandra was knocked unconscious when she entered Rawlins’ mansion. She’d driven to Genoa City, Wisconsin, to tell George that she was in love with Paul and wanted a divorce.

Arvesen’s character woke up with a gun in her hand and wasn’t sure if she killed George. Her earrings were missing. So she suspected a prowler was responsible and was trying to frame her for the murder.

All made possible by the amazing talents of @joymathys, @calyssadavidson and Gareth Murphy!

Paul, who was arrested for George’s murder, faked his death in order to provoke the real killer’s arrest. Mary Williams (Carolyn Conwell) was doubly devastated, as she never expected Paul would do such a thing, or that her husband, Carl, would publicly state that Davidson’s character probably ended his life due to guilt.

Davidson praised the late actor (Conwell), saying that she brought immense talent to the screen and that never sent him a dishonest moment on camera. The longtime Y&R actor also advised that Conwell was nothing like her on-screen character, in that she had a rebellious side.

He also praised Eric Braeden (Victor Newman), who Davidson clicked with since they first met on the set. Davidson said that he was a fan of Braeden before they met at Y&R. He particularly enjoyed the performance Braeden gave as the lead actor on Colossus: The Forbin Project, a film that was released in 1970.

Davidson, who said that he and Braeden have often cracked each other up during scenes, provided recent footage of blooper reels.

Paul lived in Victor’s apartment while working with his father, who was a police detective, to solve the murder mystery.

Mary wasn’t initially told the truth about Paul being alive. But he met with his mother before going to Bermuda in order to ease her mind. Davidson said that epic reveal was classic Bill Bell storytelling.

'The Young and the Restless' Spoilers: 2020's Emmy Award Winning Drama Series – How Can Genoa City Be Better?https://t.co/gNAeYkRRap

Victor discovers that Cassandra and Adrian were planning a trip to Bermuda. Davidson said that was Y&R’s first-ever location shoot and that many locals were hired to be in various scenes. The work was very pleasant, as the actors were well-known and well-received during filming.

Davidson recalled that Y&R sent him from California to New York on a special MGM Grand airplane. It was similar to a luxury train, which included compartments, doors, lounges, and a piano bar.

Joe Walsh, the famous Eagles’ guitarist, was on the flight. Walsh debuted with the group on its Hotel California album. A change of planes to Pan Am airlines completed the second leg of the trip to Bermuda.

The Young And The Restless Comings And Goings: Richard Burgi OUT As Ashland Locke