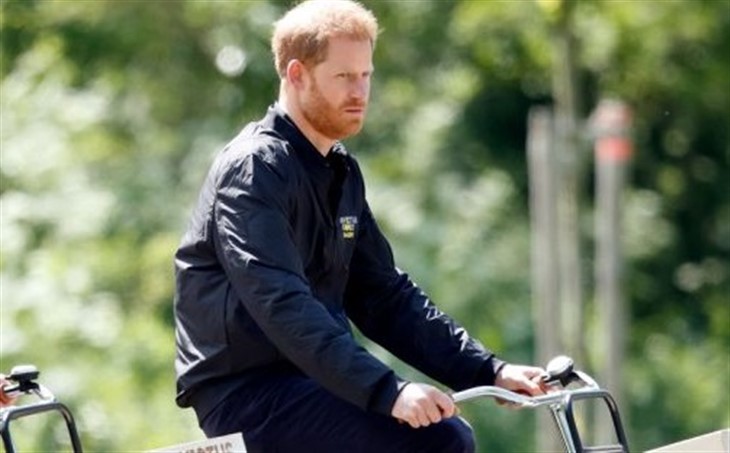 Well, that was fast, they’ve only been in town a couple of months and already Prince Harry is leaving Meghan at home while he treks solo in Malibu? According to Hollywood Life, the red-headed chick magnet was spotted all by his lonesome on Tuesday, pedaling a bike at Malibu’s Surfrider Beach.

It most definitely wasn’t a bicycle built for two or one with a basket for baby Archie.

Why was Harry galivanting by himself at the beach without the wife and kid?

Harry Has Been Spotted On A Solo Outing In Malibu

Why Was Harry All Alone With No Security After The Hullabaloo He Kicked Up About His Safety?

Ironically, it seems that Harry was without something he has sworn is near and dear to his heart, proper security protection.

According to the witness, Harry was as alone as he could be with not one bodyguard nor a flock of security agents insight. “He seemed totally at ease and normal,” the source said. “Harry was biking at Surfrider Beach aka First Point, where you see the surfers come in,” the source went on. “It appeared he was going to surf because he stopped to check out the waves. Harry really seems to be enjoying the post-royal life and being a normal Cali dude!”

Is homeboy Harry Is Making Himself At Home In L.A.?

Actually the source is way behind the times, everybody knows that Harry is now an established L.A. homie, having volunteered with wife Meghan alongside gang bangers and ex-cons to help the less fortunate. What’s that you say, how do we know? Because it’s no good doing a good deed without publicizing it!

It would be conjecture to speculate as to why Harry left his family at home while he took in the sunny sights. It would also be incorrect to automatically assume that Harry did something as reckless and hypocritical as venture out sans security.

He has protested long and loud that he and his fam need a massive security presence in order to be safe. So it makes no sense to flaunt himself as a proverbial biking duck, right? Who’s to say the security guys weren’t well hidden or camouflaged as tourists?