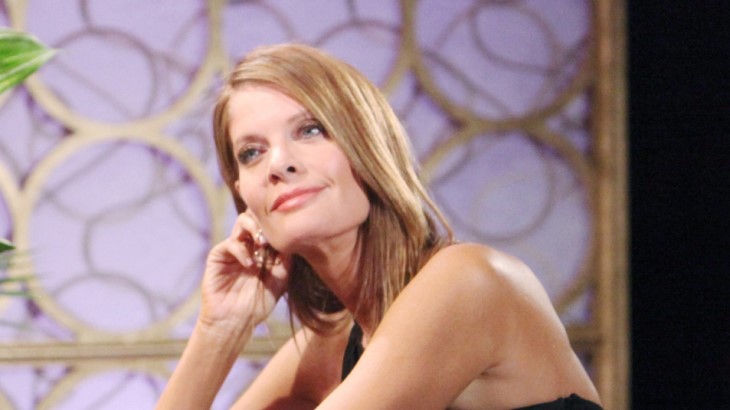 Michelle Stafford would go on to say, “Every now and then when my daughter is filming TikTok videos she gets something cool:). I was dressing [my son] Jameson for dinner last night. We decided to dress up for dinner… Gotta make it fun and against my better judgment… (kidding, kinda) Follow Natalia on @tiktok her name is @n_atalia_stafford.” She let it be known that she would be closely monitoring the account and that she would take appropriate action against negativity. The Young and the Restless stated, “I oversee the entire account… so if there are creepers… I’ll know and they’ll be blocked.”

She received a few comments in which she reponded to with some asking for advice. @dmsmarob saying, “My daughter begged for tiktok and I finally caved. How can you tell who is a creeper or not tho? I’m very curious because I’m still figuring out how this all works and want to keep her safe.” In which Stafford answered by saying, “Usually The creepers eventually let themselves be known. I also go over all of her videos and if anything is in the least inappropriate I delete it.”

@carlaandthecity reached out by saying, “You’re amazing and I don’t know how you do it! We haven’t done a dress up dinner yet, sounds like fun! Just curious, do you have a housekeeper? Your home always looks amazing!” Michelle replied by saying, “oh GOD BLESS YOU!! Believe me… you haven’t seen the bad areas. But I love you for saying this.”

Stick with the CBS soap, and don’t forget to check HH often for the latest Young and the Restless spoilers, updates, and news.