Emmerdale Spoilers: Twist In Hit and Run – If Not Malone, Then Who Tries Killing Moira? 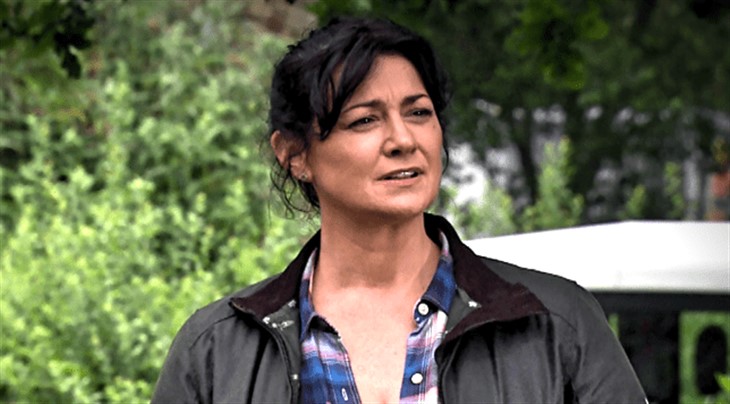 Emmerdale spoilers reveal that after Mark Malone (Mark Womack) threatens Moira Dingle (Natalie J. Robb), she ends up the victim of a hit and run. However, Malone might not be guilty despite him threatening her. If it’s not him, then who is responsible for nearly killing Moira? Is it someone unexpected? Is it really just a tragic accident?

After finding out about Harriet Finch’s (Katherine Dow Blyton) church romp with Malone, Moira is threatened. Malone breaks in and makes it clear that she is not to tell a soul about what is going on.

However, they don’t realize that Cain Dingle (Jeff Hordley) is lurking outside at a distance. He figures that Moira is hitting the sheets with Malone, but he has the completely wrong idea.

Emmerdale spoilers reveal that later, Moira ends up in a tragic accident. Cain gets a phone call alerting him to the fact that Moira has been seriously injured. She was the victim of a hit and run. It is speculated that whoever ran her down might not have stuck around to get help.

Considering the fact that Cain secretly still loves Moira, he will be furious. He will want to figure out who is responsible and make them suffer the consequences. He might even think it’s Malone. If Moira wakes up, she might even admit that he threatened her right before the accident. And by all accounts, he is the prime suspect. After all, who else would target Moira?

Emmerdale spoilers reveal that it really could be a tragic accident and someone else might be responsible. We know that after Andrea Tate (Anna Nightingale) returns, she disappears again. She sees Jamie Tate (Alexander Lincoln) and Belle Dingle (Eden Taylor-Draper) getting cozy. So, she leaves again but doesn’t take Millie Tate (Willow Bell) with her this time. Jamie wonders where the mother of his child is, even though they are getting a divorce.

After getting a lead, he tries tracing Andrea’s phone and then gets in his car to chase after her. However, could he end up accidentally hitting Moira while tracking down Andrea? Could he just leave due to being panicked over possibly killing her? This could definitely complicate things for the young man. We will have to keep watching the soap to find out what happens next.

Be sure to catch up on everything happening with the soap right now. Come back here often for Emmerdale spoilers, news and updates.