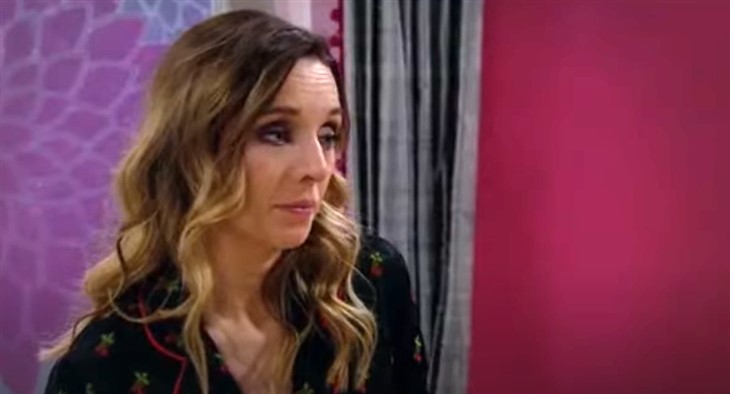 Emmerdale spoilers reveal that Andrea Tate (Anna Nightingale) vanished with her daughter but then comes back. However, nobody expects the distraught wife to disappear again. Only this time, she leaves Millie Tate (Willow Bell) with her father. Why would Andrea abandon her child? The actress explained what is going through the woman’s mind when she leaves Millie behind.

Andrea tried exposing Jamie Tate (Alexander Lincoln) and Belle Dingle’s (Eden Taylor-Draper) affair. She played the victim and demonized Belle, but it ended up backfiring on her. Then, she tried vanishing with Millie in order to teach Jamie a lesson. However, that will soon end in failure as well.

Emmerdale spoilers reveal that Andrea is convinced by Leyla Harding (Roxy Shahidi) to come back home. But when she does, Andrea is forced to face Jamie and Belle bonding. According to Digital Spy, it is then that Andrea faces the harsh reality of her situation. Jamie doesn’t love her anymore and is in love with Belle. No matter what she does or says, Jamie’s heart now belongs to another woman.

Well, this explains why Andrea disappears again, but why would she abandon Millie?

Nightingale explained that when Andrea realizes she has lost Jamie, she begins to question everything. She even doubts her own ability to be a good mother. The actress told the publication,

“I think it’s the first moment that Andrea realizes that Jamie loves this other woman. There’s more to it and she realizes that she is alone for the first time… All kinds of thoughts go through her head and whether she is fit to be a mother to Millie at that moment. She knows that Jamie is a good father, and she doesn’t know what she’s going to do, so she just runs.”

Emmerdale Spoilers – What Will Happen Next?

While Nightingale couldn’t discuss any hints on what will happen next, we do know that Jamie goes searching for Andrea. Even though he has Millie back, he fears for Andrea’s safety. After all, that is the mother of his child and he doesn’t want anything bad happening to her. He really becomes concerned when Leyla insists that she doesn’t know where Andrea went.

Emmerdale Spoilers: Lydia Faces Huntington’s Dilemma Again – What Will She Do? https://t.co/qxHaXkFtnn pic.twitter.com/tD3DGExtxA

Now, Leyla said this the first time, but there is something in her face that suggests to Jamie that she is being truthful. However, it is teased that Jamie might end up regretting chasing after Andrea. Now, what exactly does that mean for Jamie, Andrea, and Belle?