Days Of Our Lives Spoilers: Brady Had Performance Issues And Eric Martsolf Didn’t Like It! 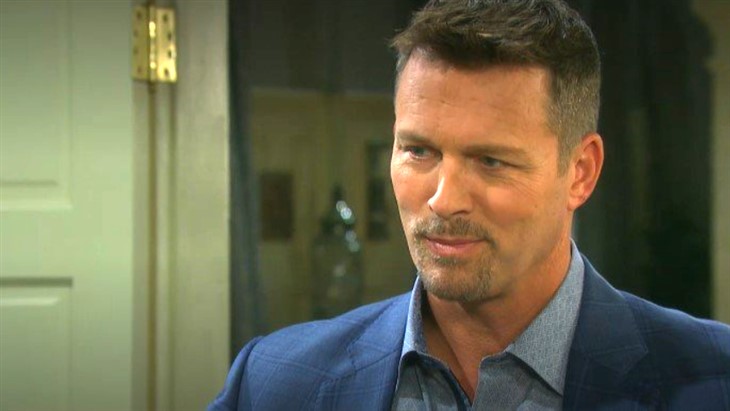 NBC Days of our Lives spoilers reveal that Eric Martsolf wasn’t exactly thrilled when his character was between a rock and a hard place recently. Brady Black was eager to have revenge sex with Sarah Horton (Lindsey Godfrey) but things didn’t quite go as either of them planned. Oops.

No, they weren’t interrupted in dramatic soap opera fashion by a scorned lover. And they weren’t drunk so they didn’t pass out before things could get hot and heated. Nope, poor Brady just wasn’t up to the task.

Days Of Our Lives Spoilers: John And Marlena Get Shocking News About Family Member

This is to say that when the erstwhile couple hit the sheets, Sarah was gung ho about having sex to get back at Xander Kiriakis (Paul Telfer) and Brady was wanting to get over Kristen DiMera (Stacy Haiduk) but things didn’t go according to plan.

What we’re trying to say here is that, ahem, Brady was unable to meet the demands of the situation. Instead of having red hot monkey sex, they were left to stare at the ceiling and feel a bit awkward. Brady especially.

According to Martsolf, he was not happy when he read the script! Talking to Soap Opera Digest about the scene he said, “I was a little concerned … as a man I don’t want to forecast that.” Totally relatable.

So how did he manage to get through the scene (and deliver an awesome performance by the way)?

He said that one of the producers talked him into it by explaining that there was a very good reason for Brady’s performance issues.

Days Of Our Lives Spoilers – What’s Next For Brady Black And Sarah Horton In Salem?

The producer told Martsolf that the reason for Brady’s inability to have sex with Sarah was that he is still in love with Kristen, which made total sense to him.

Viewers got to see that love in action last week when the two star-crossed lovers crossed paths. Kristen snuck back to Salem in order to see her friend Lani Price (Sal Stowers). But before she could get away Brady saw her in the park. She is on the run after stabbing Victor Kiriakis (John Aniston) so her being seen was very dangerous.

In the end, Brady wants to go on the run with her—will he leave Salem behind? Be sure to tune in and find out!