Prince Harry Takes Another Giant Leap Away From Royal Family 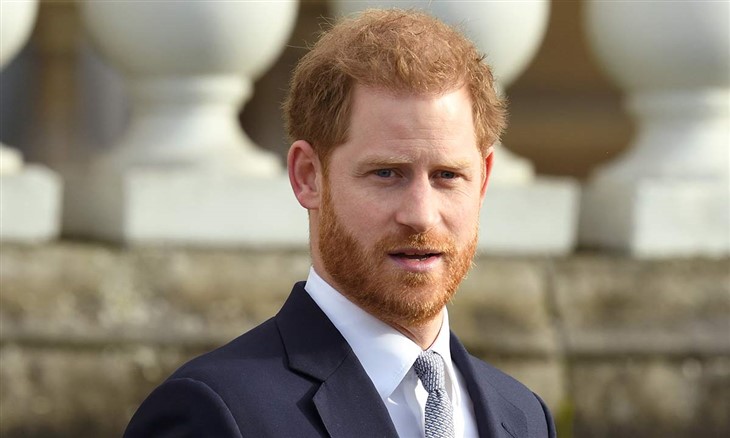 While a lot has been made of Prince Harry’s apparent privilege, elitism, and overall arrogance of late, there is one thing that may cause some to give Harry the benefit of the doubt. The fact is, while Prince Harry retains the title of “His Royal Highness” or “HRH,” he is no longer allowed to use that title in any of his brandings since stepping down as a senior member of the British Royal family.

Now, Harry has followed through and has kept his commitment to drop the “HRH” as a prefix to his other titles and his name. For example, it’s reported that Harry’s sustainable tourism initiative updated its Travalyst website, removing the “HRH” before Prince Harry’s name. Now, the site simply reads, “Led by the Duke of Sussex.”

Whether Prince Harry truly sees himself as outside the bounds of the British Royal family now is unclear. Harry obviously wishes to hold on to at least some of his titles. Yet, as everyone now knows, both Prince Harry and Meghan Markle chose to take a huge step back from their royal duties not that long ago. Harry and Meghan decided to step down as senior members of The Firm so that they could ostensibly focus on protecting their small family and ensuring privacy whilst seeking financial independence from Buckingham Palace.

Following the upheaval that became known as “Megxit,” Prince Harry and Meghan Markle found themselves leaving Kensington Palace for Frogmore Cottage in Windsor. That property apparently didn’t fit the bill since the Duke and Duchess of Sussex soon left the United Kingdom altogether for Vancouver Island in Canada. They resided there until Meghan and Harry decided that the Los Angeles area was where they really wanted to be long-term. Following that decision, Harry, Meghan, and baby Archie took up residence in one of movie mogul, Tyler Perry’s multi-million dollar mansions.

Since then, Meghan and Harry have been seen scoping out properties in Malibu where real estate runs around $15 Million per home. As well, Meghan and Harry have become increasingly political, leaving some to question whether Meghan Markle has plans to run for political office. Where that leaves Harry, is uncertain. Indeed, even with Meghan getting her name and face out in the media, it’s been a question as to how Prince Harry and Meghan Markle were planning to support themselves following “Megxit.”

Meghan is reportedly no longer keen on returning to the entertainment industry (according to unnamed friends in Los Angeles) and Harry is well-known to have zero job skills outside of the British military. Indeed, ever since “Megxit,” Prince Charles has been supporting Prince Harry and Meghan through the Duchy of Cornwall.

Amazingly, it’s also been recently reported that Prince Charles will continue to support Prince Harry and Meghan even though they’ve signed with the New York-based Harry Walker agency, where they will command fees of up to $1 Million each per speaking engagement. (The Harry Walker Agency is a firm, which books celebrity-speaking engagements worldwide.)

In any case, it may simply be hype to suggest that Harry is taking an even greater step away from the British Royal family by dropping the use of “HRH” from his branding. After all, there are many reports that indicate Harry is working on restoring the good relationship he once shared with his brother, Prince William. In the end, whether he calls himself “Prince Harry,” “The Duke of Sussex,” or just “Harry” … the truth is that the man will always be viewed by others as a member of the British aristocracy, whether he does himself or not.