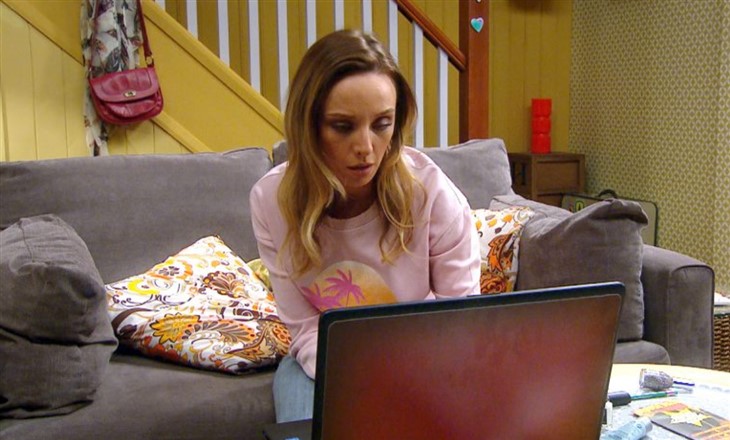 ITV Emmerdale spoilers and updates previously teased that Moira Dingle (Natalie J. Robb) would be struck by a vehicle. As we speculated last week, the driver would be Jamie Tate (Alexander Lincoln), not the person who threatened Moira. With Andrea Tate (Anna Nightingale) the only person who knows the truth, could she use it as leverage to keep the man she loves?

As fans recall, Moira discovered Malone and Harriet Finch’s (Katherine Dow Blyton) affair. Later, Malone broke in and threatened Moira. So, it was only natural to assume that he was the one who ran down Moira. However, that was a bit too convenient. Plus, a sneak peek video released suggested someone else was at fault.

Emmerdale spoilers suggested that there would be someone driving that night who would have a tragic accident. As we previously speculated, that person was Jamie. We came to that theory due to a video showing Jamie hopping in his car to track down Andrea. It came out at the same time as the spoiler that someone would run down Moira.

However, Cain Dingle (Jeff Hordley) already overheard Moira snapping at Harriet for her choice in men. He likely doesn’t really know who Moira was talking about, but he soon will. Cain has no idea that it was Jamie who hit Moira, not Malone. But once he finds out about the threats, Cain will likely unleash his fury at the villain.

Andrea is the only person that knows the truth about Moira’s accident. While Jamie is at the hospital trying not to act suspicious, Andrea takes full advantage of the situation. Expect her to be at the house when Belle Dingle (Eden Taylor-Draper) shows up. Andrea tells Belle that Jamie doesn’t want her anymore and tried to shoo her away.

Emmerdale spoilers previously teased that Nightingale was “leaving” the show based on the disappearance spoiler. However, as we indicated last week, Andrea has learned a lot by being Kim Tate’s (Claire King) daughter-in-law. There were a few times when the women got along, but most of the time they have been engaged in some sort of battle.

It seems clear that Andrea learned a lot from Kim and is borrowing a page from her villainous mother-in-law’s playbook in order to get Jamie back. Even if she has to manipulate and threaten him to do it.