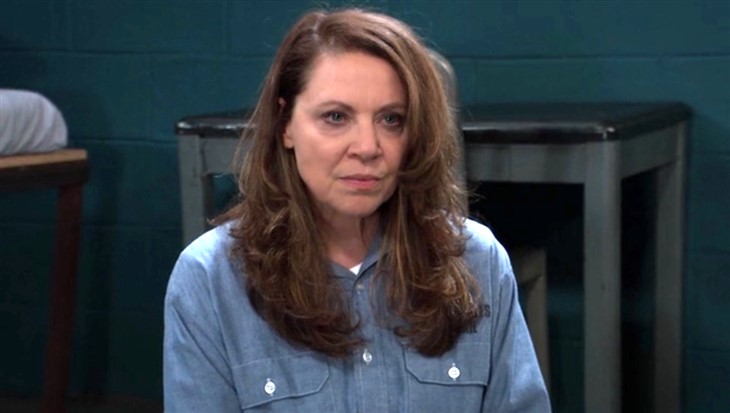 ABC General Hospital spoilers and updates reveal Leisl Obrecht (Kathleen Gati) was with Ceasar Faison (Anders Hove) for years. However, Faison is gone and Leisl needs a new love interest. How should Leisl be paired with now?

General Hospital’s Jasper Jacks (Ingo Rademacher) caught Leisl’s eye some time ago. Leisl went on one date with Jax and Leisl was quite taken with Jax. Jax is with Nina Reeves (Cynthia Watros) at the moment. However, Nina and Jax may not last long if Nina testifies for Nelle Benson (Chloe Lanier)at her custody trial. Could Leisl and Jax be the next hot GH couple?

General Hospital’s Robert Scorpio (Tristan Rogers) is busy trying to figure out what happened to his ex-wife, Holly Sutton (Emma Samms). However, considering that Leisl is in prison and Robert doesn’t think she should be, could they hit it off as a couple? After all, Leisl and Robert could bond over their hatred for Peter August (Wes Ramsey) and work together to take him down. Both Leisl and Robert suspect Peter of framing Leisl, will they work together to take him down and all into a relationship as well?

Could Leisl help save Julian from Nelle and Sonny Corinthos (Maurice Benard)? Perhaps Leisl can the court much-needed information about Nelle’s baby’s birth and Brad. Julian could see Leisl as a kindred spirit and connect with her romantically. Leisl could certainly get into Julian and his criminal past. How about these two as a couple?

Would fans accept any of these men with Leisl? The choices of available men are limited in Port Charles. With Julian and Franco both married, a relationship would be adultery, not that it would stop them. Who would you like to see Leisl with? Does Leisl deserve happiness at this point in her life?