Meghan Markle Helps Out In This Shelter In Son Archie’s Name? 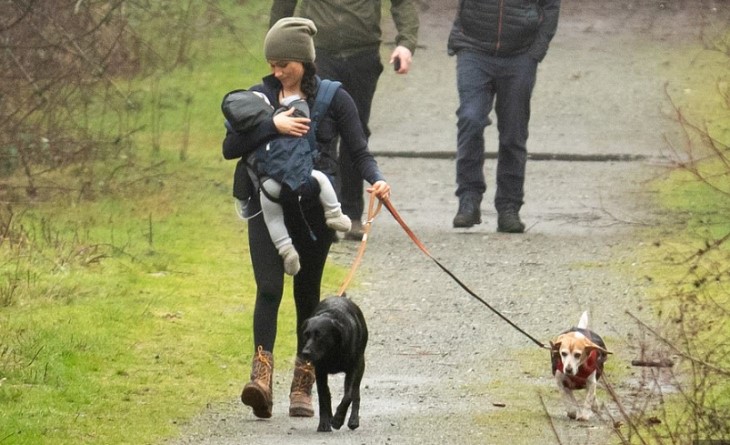 Royal fans know that Meghan Markle and Prince Harry have long had a place in their hearts for the animal kingdom. From Harry’s wildlife conservation work in Africa to the various animal welfare organizations Meghan has associated herself with, the former senior Royals have consistently shown their belief in the importance of animals in our lives.

Now, Meghan’s sponsored a dog kennel at the charitable organization, “Mayhew” according to reports. The kicker here is that Meghan has done so in her son, Archie Harrison Mountbatten-Windsor. Whether Archie will appreciate his mother’s gesture in the foreseeable future remains to be seen. Meanwhile, little Archie will no doubt be pleased to play with the family’s own pets, which include a black Labrador and a beagle!

Many fans of Meghan Markle are pleased with her continued efforts to help out the dogs and cats of the world. While there are millions of people who need help across the globe, the truth is that pets could use the patronage of a famous and wealthy individual like Meghan. For example, many fans might agree that Meghan’s sponsorship is important because it can actually help to reunite pets with owners, help lost cats and dogs find new homes, etc.

More importantly from Meghan’s perspective according to insiders, is the fact that her patronage of Mayhew can also help the pets of homeless individuals because it not only helps the pets, it helps those in the homeless community in terms of resilience and overall wellbeing.

Mayhew also has programs designed to help the pets of those who are financially struggling now, especially due to the Covid-19 Pandemic. Additionally, Meghan has specifically mentioned Mayhew’s TheraPaws program, which is an animal-assisted intervention program “designed to promote physical, social, and emotional wellbeing.”

While all of this sounds remarkable and absolutely kind on the part of the Duchess of Sussex, still isn’t patronage of Mayhew and making charitable donations in the name of Archie just one more added expense? Don’t Meghan and Prince Harry already owe an incredible sum to Queen Elizabeth II? Fans might recall, after all, that Meghan and Harry agreed to repay the Crown monies that were spent on refurbishing and renovating Frogmore Cottage in Windsor.

Princess Margaret Was Furious With Diana For This Hypocritical Reason? #PrinceMargaret #PrincesssDianahttps://t.co/fdLRTtqzWY

Then too, there is Harry and Meghan’s added expense of moving from the U.K. to Canada, and then from Canada to California in the United States of America. While no one knows if Harry and Meghan are having to pay to live in the home of Meghan’s pal, movie mogul Tyler Perry, they might be. That too is just that much more Harry and Meghan may be having to shell out.

Then the Duke and Duchess of Sussex just might be purchasing a house in the Malibu area … where prices run around $15 Million per home. Finally, everyone knows that Harry and Meghan began paying up to $7,000 per day to increase their security!

Yet, Meghan is able to just willy-nilly keep up donations to various charities such as Mayhew? Kudos to them, but many believe that while Harry and Meghan might intend to raise Archie as a regular kid, there is no way either understand what it’s like to be a regular working citizen.