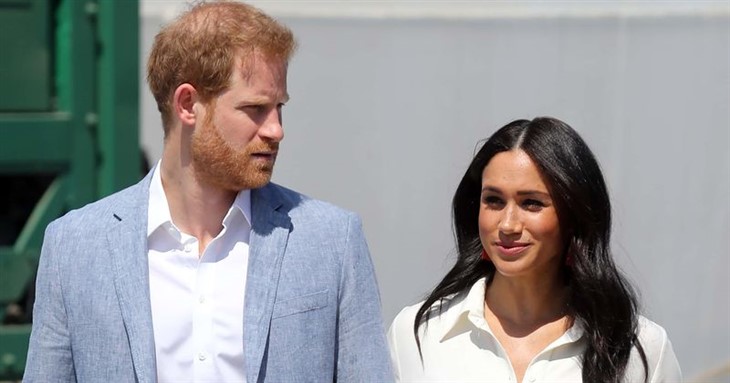 It’s official, 100 golden days have passed since the man formerly known as Prince and his wife Meghan Markle took a thunderous leap forward into a sunshiny new life as financially independent halfway-in royals.

They proclaimed in writing and verbally what a wonderful world it would be once they were freed from the shackles of royal duty and unchained from his unprotective family. They were going to fix the mistakes of the world’s collective past, clean up the polluted environment, and use their golden throats to advocate for their pet causes.

So, how have they done meeting these ambitious goals?

On the charitable side, Meghan and Harry took a couple of hours out of one day to deliver some food to COVID-19 shut-ins. How do we know this? Because they made sure the camera’s followed to document their good deed!

That little photo op was for Project Angel Food. They took a couple more hours out of another day to do a photo op of them “volunteering” at Homeboy Industries, a group that tries to find jobs for ex-jailed and gang-affiliated individuals.

In June, Meghan took the time to talk about racial injustice during a video call to the graduating class of her former high school, the elite, and pricey Immaculate Heart High School in Los Feliz, California. She did so from her latest squat, Tyler Perry’s mega-mansion.

“I wanted to say the right thing and I was really nervous that I wouldn’t or that it would get picked apart and I realized that the only wrong thing to say is to say nothing,” she said, getting her double negatives all mixed up.

In July both Harry and Meghan decided that being invited to video conference with the young leaders of the Commonwealth was the perfect opportunity to lecture them about all the wrongs the group has committed.

“When you look across the Commonwealth, there is no way that we can move forward unless we acknowledge the past,” Harry said. “So many people have done such an incredible job of acknowledging the past and trying to right those wrongs, but I think we all acknowledge there is so much more still to do.”

Poor kids, they probably thought they would be praised or recognized for their efforts, and instead, they got a scolding.

Meghan Markle And Michelle Obama Are Doing What Together?https://t.co/T3gD5M0wzp

Meghan also spoke with Althea Bernstein, a Wisconsin woman who was the victim of an alleged racist attack after the 18-year-old paramedic was called racial slurs and sprayed with lighter fluid—a horrendous criminal act for which we hope the perpetrators are punished fully.

But Why Did Meghan Make It Known That She Made The Call?

All in all, these much-publicized efforts to put their newly freed selves to work improving the world probably amount to a few hours total at the most. If we’re generous, all the time spent in these endeavors may add up to one day’s honest work, as done by those who actually do work.

You be the judge: are Harry and Meghan living up to their promise to work for the greater good of mankind? Did I just hear a giggle?