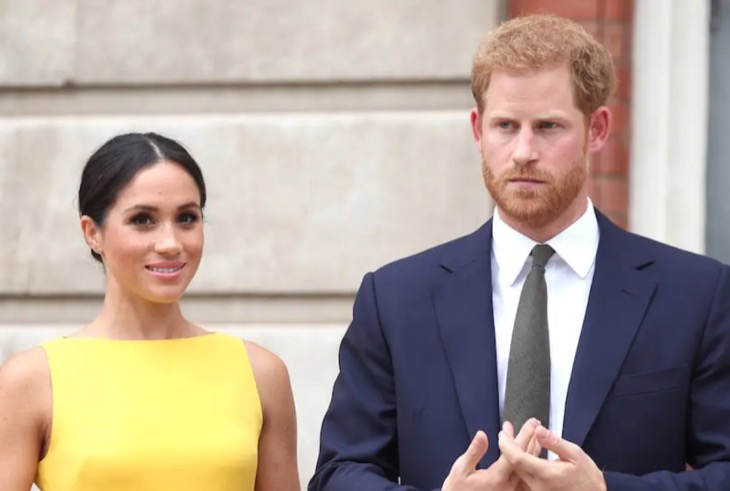 Apparently, the American news outlet NBC believes Britain and the entire British Royal family are inherently racist. In an opinion piece that sings the praises of Meghan Markle and Prince Harry, author Tola Onanuga hits out at Buckingham Palace, writing that “Going forward, all British children must be taught unblinkingly about the devastation and hardship caused by the British Empire, particularly to nonwhite societies, rather than be schooled in a mythologized past of glory and beneficence.”

Of course, to many, this sounds like indoctrination in a very specific political view … one that presents only one side of a story … one that rants and raves against alleged abuses by the British Royal family and the U.K. as a whole. (Never mind Prince Harry’s love for Africa, the initiatives he’s personally been involved with … no! The only thing that matters is that Prince Harry squeal in various Zoom calls during public events and denounce Britain’s white privilege!)

The fact is that Ms. Onunaga’s propaganda piece, published by NBC, smacks of hypocrisy … the same sort of hypocrisy for which both Meghan Markle and Prince Harry have recently been accused. Some are rolling their eyes and wondering whether Tola Onanuga has forgotten all the initiatives the Royal Family and other British leaders have undertaken to better the lives of people of color in Africa.

As well, before Meghan and Prince Harry went on their own apology tour, one wonders if they’d even bothered to Google what the U.K. and the Commonwealth countries have already done to start repairing past issues.

For example, in a report on British aid to Africa, it was noted, “In 2001, the British Prime Minister Tony Blair described Africa as a ‘scar on the conscience of the world’. This speech set in motion a sustained effort on the part of the British Government to work harder, and to spend more, on reducing poverty in Africa. In 2004/05, the UK’s Department for International Development (DFID), spent £883 million on aid to Africa. By 2007/08, DFID spending on programs in Africa will have risen to £1265 million. Aid to Africa – from the UK, and from other G8 countries – is on an upward trajectory. With its colonial history, the UK has long been involved in Africa, and began providing aid to Africa in 1929.”

It’s All About Body Language – Prince Harry Ready To Call It Quits With Meghan?https://t.co/2LrsnfoDY7

And, what about Prince Harry’s initiatives to help Africans and people of color? What about Harry’s work with the Sentebale charity, which he put together with the African prince, Seeiso? Why is Ms. Onunaga ignoring the fact that Prince Harry and the British Royal family is actively helping Lesotho combat issues such as preventing the spread of HIV in a nation that has the second-highest infection rates in the world?

A better question is why an American news outlet is publishing what amounts to a political hit piece against the U.K., the British Royal family, and more … while condescendingly patting Prince Harry and Meghan Markle on the head for getting on their knees to the political winds sweeping Western nations right now?

Regardless, when it comes to British history, colonialism, and people of color, there are those who believe someone needs to tell Ms. Onunaga, NBC, Prince Harry, and Meghan Markle to simply “Butt Out.”