Emmerdale Spoilers: Andrea Turns On Jamie – Holds Him ‘Hostage’ After Hit and Run 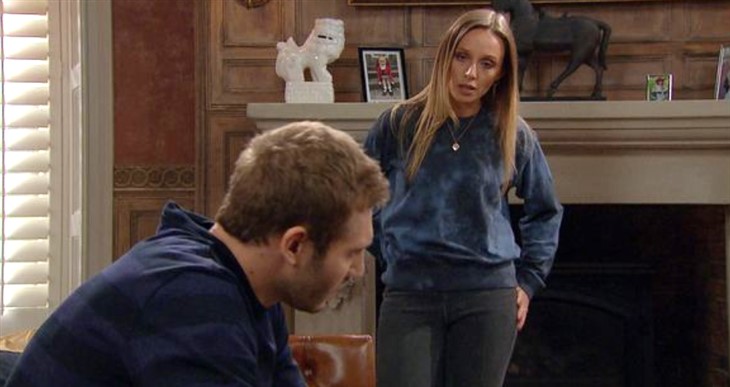 ITV Emmerdale spoilers reveal that at first, Andrea Tate (Anna Nightingale) offers to “help” Jamie Tate (Alexander Lincoln). But when he still doesn’t want to be with her, she turns on him. She holds him “hostage,” but not physically. She has leverage and things are about to get a lot worse for the man who hit Moira Dingle (Natalie J. Robb).

Jamie knows that he hit someone, but Andrea tries to tell him it was just an animal. He learns that his victim wasn’t an animal at all when Lydia Dingle (Karen Blick) announces Moira was hit by a car. She’s in serious condition and in hospital. While Jamie is horrified by what he has done, Andrea tells him to just act natural.

Emmerdale spoilers reveal that fans are furious and disgusted that Jamie just fled the scene and left Moira to die. They are calling the character a coward. Now, Jamie might be scared of getting into trouble, but it’s always better to turn oneself in and admit to what was done. It was an accident.

However, Jamie running away like that just makes him look guilty of something far worse. Not to mention Cain Dingle (Jeff Hordley) will be raging when he finds out who is responsible.

According to Digital Spy, Andrea is the only one that knows the truth about Jamie and Moira. She takes advantage of the situation and makes Belle Dingle (Eden Taylor-Draper) think that Jamie doesn’t want anything to do with her anymore. Then, she plans a romantic date night but is stunned when Jamie doesn’t take the bait.

Andrea threatens Jamie when he tells her that no matter what, he doesn’t love her and wants to be with Belle. She says that if he ever leaves her, she will go to the police and tell them he ran down Moira.

Knowing Jamie, he will feel backed into a corner and play nice for a little while. However, Belle is going to want answers and Kim Tate (Claire King) is going to become suspicious when the divorce is called off. Eventually, Jamie will get sick of it and just turn himself in. But could the charges end up more serious by the time that happens? Will Andrea still come out on top? We will have to keep watching to find out.