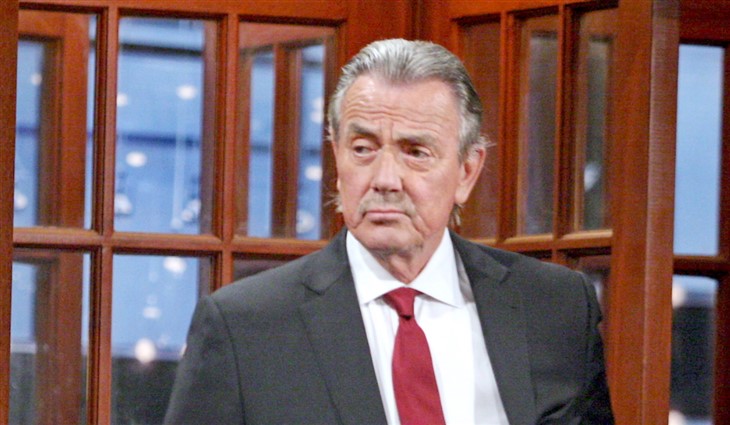 CBS The Young and the Restless – Eric Braeden (Victor Newman) spoilers document that Eric Braeden (Victor Newman) has reported to CBS Studios for testing days before production is scheduled to resume. The photo he posted on Twitter implies that the veteran daytime actor is part of Y&R’s initial callback, potentially meaning that the Moustache will be seen when the first new episodes air aired.

Braeden’s photo shows him standing aside of executive producer Tony Morina. Both men are part of a group of employees who are going through safety protocols, with the resumption of production scheduled for July 13.

As Y&R fans recall, Victor revealed in the spring that he’s been protecting his youngest son since the 1990s.

Adam Newman (Mark Grossman), who was then a boy in Kansas, felt compelled to protect his mother, Hope Wilson (Signy Coleman), from a loan shark who was trying to collect on Cliff Wilson’s (David Cowgill) debt. The man who Adam killed was his school friend’s (Alyssa Montalvo, as played by Maria DiDomenico) father.

Grossman’s character blocked that traumatic event from his memory. That’s why he thought the information Alyssa uncovered about her father’s death meant that Victor was the killer.

Hardcore fans suspect that Victor already knows about the other death Adam was responsible for causing in Las Vegas, Nevada. However, it could be assumed that Braeden’s character isn’t aware of the incident, but soon will be.

Adam will either need to follow his father’s instructions or face arrest at whatever point Victor gains double leverage. Viewers recall Adam’s mid-2010’s stay in prison, which took place when Justin Hartley (Adam) was part of the cast. That led to Victor helping Adam escape, Chloe Mitchell (Elizabeth Hendrickson) blowing up the cabin, and Spider’s emergence.

Victor has already encouraged his ever-upset son not to go public with the Kansas story. Doing so would not only damage the family business but also create trouble for Adam. But Grossman’s character’s petulant stance hadn’t changed when viewers last saw him in April.

One of the reasons daytime drama fans develop devotions to their shows is because of the year-round content that is generally produced. Conditions that existed earlier this year resulted in a production shutdown decision. Now, circumstances have changed to the point where Y&R can follow its sister show, The Bold and the Beautiful, by returning to work.

The Young and The Restless News Update: Peter Bergman’s Quarantine Look Is Awesomehttps://t.co/NuhCx6LP39

All have seemed to be going well at B&B during the past few weeks. Here’s hoping that Braeden, Morina, and all who are connected to Y&R will work consistently. If they can, Victor, Adam, and all the rest should be seen in new episodes starting in approximately mid-August.