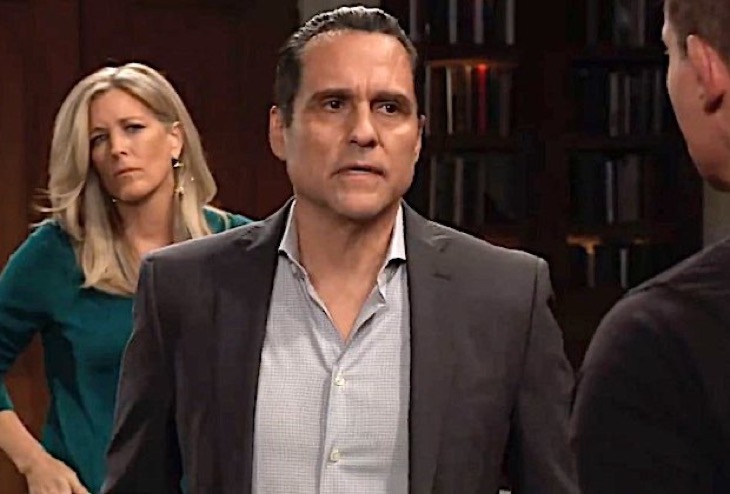 ABC General Hospital spoilers reveal the news that the ABC soap has pushed back its announced filming restart date which is sure to cause consternation among loyal fans who are getting impatient waiting for new content to flow.

The soap had previously announced that the sudser would reopen its set in mid-July after filming shut down in mid-March due to the coronavirus pandemic. Deadline is now reporting that showrunners have their eye on the week of July 20 as a restart date.

This new date must be taken with a bit of caution however as the situation in L.A. remains tenuous due to rising infection rates.

This month the state’s governor, Gavin Newsom, shut down beaches, bars, and restaurants for a second time and anxious citizens are awaiting new closures in light of the soaring COVID-19 infection rates.

The news that GH has postponed its launch date will be taken as a sign by some that production is in a precarious position in the state known as the film capital of the world but one soap has been filming for weeks now.

CBS’ The Bold and the Beautiful began taping last month and except for a brief delay due to testing, issues has continued to do so.

The network’s sister soap, The Young and the Restless was originally scheduled to begin production on July 6 but pushed its date back to sometime during the week of week July 13 according to Deadline.

The site states that the most likely date for Y&R’s filming to begin is Tuesday, July 14 since the soap shoots Tuesday-Friday. Again, that date is tentative and as we’ve seen, anything can happen which could disrupt the schedule.

The fourth U.S. soap still on the air is NBC’s Days of our Lives. Showrunners there have announced a tentative start date of September 1.

The Bold and the Beautiful, The Young and the Restless and General Hospital all ran out of original content weeks ago and have been showing encore episodes in place of new content. Days of our Lives shoots so far into the future that it is said to have enough new content to last through early October.