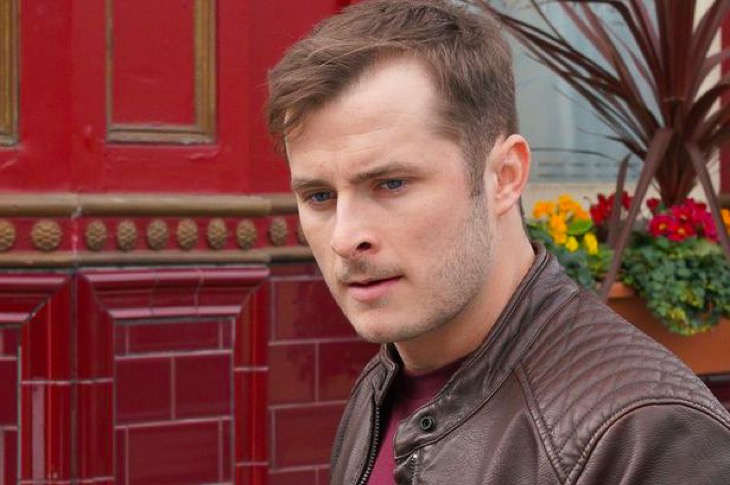 BBC Eastenders spoilers reveal that when new episodes return, we will learn more about “Ballum” before that epic park kiss. We will find out their beginning, why the couple is so popular, and look forward to a big bombshell. Max Bowden discussed the future of Ben Mitchell and Callum Highway (Tony Clay). Keep reading to find out Bowden’s favorite “Ballum” scenes and more.

Bowden plays Ben Mitchell on the soap opera and next week in Secrets From The Square, we will find out more about “Ballum.” According to the Mirror, Bowden and Clay will talk to host Stacey Dooley about how Ben and Callum became a couple. We already know about that kiss in the park, but what happened before that? How did it all begin? We will find that out, Bowden teased.

Eastenders spoilers reveal that Ben and Callum are one of the most popular couples on the soap. Bowden was asked what makes them such fan-favorites. The actor replied,

“I think it’s the resonance of two working-class men who come from similar backgrounds who share similar experiences being drawn together in a time of hope… Callum was feeling so withdrawn in himself and Ben allowed him to find out who he really was… The element of self-discovery between them both is really important.”

Not only do Bowden and Clay work closely together, but they are friends in real life too. Bowden explained that they both have the same type of humor. He said that due to their sense of humor, they tend to laugh at almost everything. The actor also commended his co-star on his acting. He added that Clay knows how to work with different types of individuals and he is always game to try new things in scenes.

How to solve a problem the Mitchell way. #SFTS #EastEnders pic.twitter.com/HQcJjLx8OD

Regarding Bowden’s favorite “Ballum” scenes, he has two that he named right off the bat. One is the break-up episode and both actors felt very proud of their work. The second favorite scene is the kiss because it was the beginning of a journey for both of them.

What do you think of Ben Mitchell and Callum Highway’s relationship? Are you a fan of “Ballum?” Which are your favorite scenes and what would you like to see happen in the future with the characters?