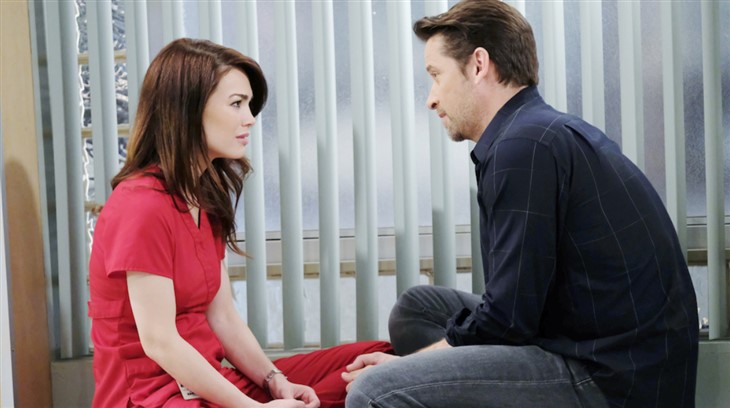 #1 Liz Webber Has Never Been Faithful

From the time Liz arrived in Port Charles, she has been a trouble maker. Liz has always been in other people’s business but never minded her own. Liz has certainly never been faithful to anyone she was in a relationship with. Liz was not faithful to Lucky when she was trying to start a relationship with Jason Morgan (Steve Burton) years ago.

Liz wasn’t faithful to Jason because she could not accept his lifestyle. Liz cheated on Lucky with his brother Nikolas Cassadine (Marcus Coloma) as well. Liz and faithful are just not a combination that works.

General Hospital’s Franco hurt Liz’s feelings by telling her she wasn’t an artist. When Liz’s feelings are hurt she turns to someone to make her feel better that is usually another man. Nik has been Liz’s lastest go to cheering session and now that he’s back, she will likely turn to him again. Liz needs a man to make her feel good and once he makes her feel better, she will hit the sheets with him. Liz needs comfort and that always leads to sex.

General Hospital’s Nik wants nothing more than to be close to Liz again. However, Nik is married to Ava Jerome Cassadine (Maura West). Nik claims to need Liz’s help with his son Spencer Cassadine (Nicholas Bechtel). However, Nik doesn’t believe Franco deserves Liz and will play on that to get Liz into his bed the first chance he gets.

#4 Ava Jerome Is Trying To Set Them Up

General Hospital’s Ava is trying to set Liz and Nik up so that they will cheat because she wants Nik’s island and money. Liz will fall into this trap because she will not see what is coming. Liz has never gotten over her attraction to Nik and an opportunity to act on it will show how much she wants to be with him again. How soon will it be before Liz falls in Ava’s trap?

#5 Anyone Else Is Always Better

However, Liz’s attraction to Nik will certainly grow with the dollar signs in her eye. Now that Liz is having financial issues, it’s time for her to go where the money is and Nik has that.

When Liz cheats she cannot blame anyone but herself. However, Nik should realize that Liz is just using him to get even with Franco.

.Be sure to catch up on everything happening with GH right now. Come back here often for General Hospital spoilers, news, and updates.