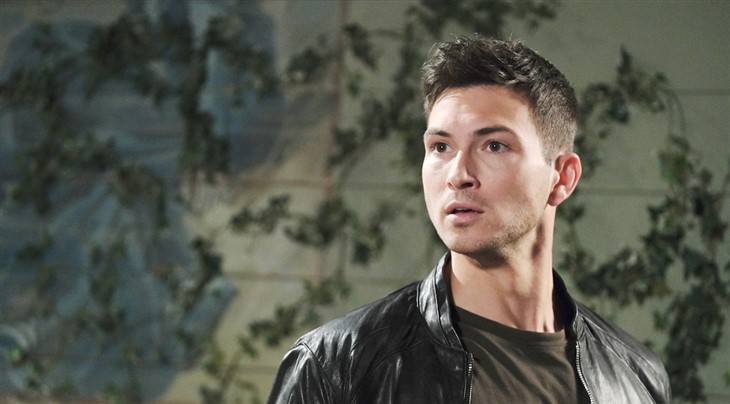 Days of Our Lives spoilers for the week of July 20 reveal that Ben Weston (Robert Scott Wilson) will have a dream about Jordan Ridgeway (Chrishell Stause). That same week, expect him to also get a strange phone call. Why is Jordan’s death being revisited now? Jordan being alive is assumed, but what if it has more to do with David Ridgway (Caleb and Kyler Ends)?

The Days Of Our Lives Spoilers – Ben Weston’s Disturbing Dream

DOOL spoilers reveal that Ben will have a disturbing dream about his dead sister. Now, fans will automatically assume that Jordan is alive. However, this might not be the case. The dream could be about a message. Especially when it is paired with the tidbit about a strange phone call, per Soaps.com.

We don’t know if the phone call is about Jordan, but it must be connected. It wouldn’t be the first time someone has reached beyond the grave to send an important message. It’s possible that Jordan could reveal her real killer, but we are pretty confident the right man is in prison: Christian Maddox aka Evan Frears (Brock Kelly).

DOOL Spoilers – Message Beyond The Grave?

Days of Our Lives spoilers reveal that Jordan wanted Rafe Hernandez (Galen Gering) to raise David. However, he lost custody of the boy’s aunt, who just happens to be the daughter of supervillain Orpheus (George DelHoyo). What if Jordan is sending Ben a message from beyond the grave about her little boy?

It’s possible that Zoe might not be the best person to raise David. Ben and Ciara Brady (Victoria Konefal) never fought for David because they assumed Rafe would win. Plus, Jordan was clear about her wishes prior to her death. “Cin” was also busy dealing with their own drama.

Days Of Our Lives Comings And Goings: Two Blast Into Salem And One Shocking Exit #Days #DOOL #DaysOfOurLives https://t.co/gjT9hIL1VM

But now that they are getting married, could they be better suited to take care of a child than Zoe, who is simply too close to Evan and Orpheus? Could Jordan be asking Ben to get David away from that family? We certainly think it is possible and it would explain why Rafe tells Allie Horton (Lindsay Arnold) that he will not adopt her baby. We will have to keep watching the NBC soap opera to find out what this storyline is all about.