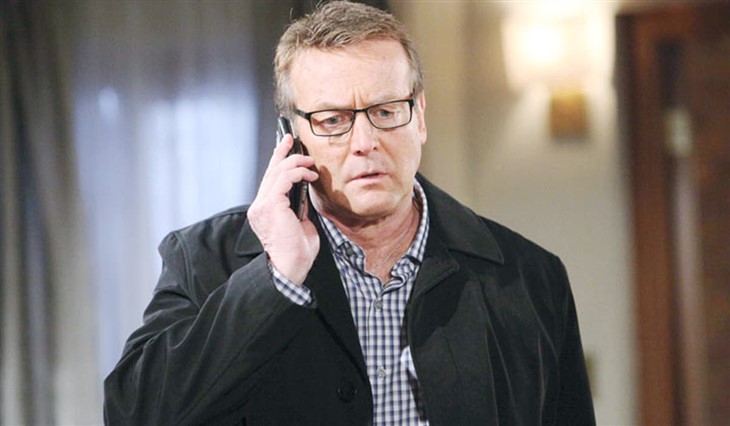 The Young and the Restless spoilers document that Doug Davidson (Paul Williams) released his newest online episode of The Stories Behind The Stories – Episode 6 – The Bermuda Triangle. This Y&R flashback series provides great nostalgia for longtime fans and offers newer viewers an easy way to learn about some of Y&R’s classic storylines that Davidson was part of. The high production quality and the actor’s commentary make this series an enjoyable weekly watch.

The sixth installment in the series runs thirteen minutes and three seconds. This segment focuses on Paul and his father trailing Cassandra Hall Rawlins (Nina Arvesen) and her boyfriend, Adrian Hunter (Mark Derwin), to Bermuda.

Aside from the video, Davidson posted on his Instagram account he said, “The Stories Behind The Stories – Episode 6 – The Bermuda Triangle. As always, a massive thanks to @joymathys, @calyssadavidson, and Gareth Murphy for making this happen. And a special shout out this episode to airboyd.tv, the Elbow Beach Resort in Bermuda, and of course, Ron Burgundy!#thestoriesbehindthestories #dougdavidson #theyoungandtherestless #igtv #quarFUNtine #miniseries #lockdown #storytime.”

The Young And The Restless Spoilers – Side Trip And Ron Burgundy

Davidson took a side trip while Arvesen and Derwin were filming some of their scenes during the location shoot in Bermuda. The longtime Y&R actor recalled his visit to the Naval Air Station.

As always, a massive thanks to @joymathys, @calyssadavidson, and Gareth Murphy for making this happen. And a special shout out this episode to airboyd.tv, the Elbow Beach Resort in Bermuda, and of course, Ron Burgundy! . #thestoriesbehindthestories #dougdavidson #theyoungandtherestless #igtv #quarFUNtine #miniseries #lockdown #storytime

He was asked to tour the base and to accompany pilots on a B-1 Bomber. Davidson described the fascinating flight, which included old school snapshots. A U.S. Navy Security Security Investigations badge, that Davidson received as a souvenir, was also shown to the audience in a closeup shot.

Davidson also poked fun at the fake mustache and clothing he wore at the time, comparing himself to Will Ferrell’s Ron Burgundy character.

Paul believed that Cassandra killed her husband, George Rawlins (Jonathan Farwell), and was hoping to find evidence that would help to clear his own name, as he’d been framed for the crime. Carl Williams (Brett Hadley), who accompanied his son on the trip, helped to shine a gaslight on Arvesen’s character, who traveled to Bermuda with Adrian.

One night, while Cassandra was sleeping, Paul projected his voice through hidden speakers he’d planted in her hotel room. As hardcore fans and those who have been following this series recall, she thought Paul had taken his own life. So, the sound of his echoing voice made Cassandra question her sanity, which was part of Paul’s intent.

Davidson’s character also began appearing at various locations where Cassandra was during her waking hours, which applied further mental pressure.

The Young And The Restless Spoilers – Earrings Lead To Arrest

Carl was picking up some photographs that Paul threw in frustration, as their secret investigation didn’t seem to be leading anywhere. Hadley’s character noticed that Cassandra was wearing earrings in one of the photos where she was dancing with Adrian.

Paul agreed that implied she was involved in George’s murder, as Cassandra claimed those earrings were stolen the night George was murdered. They escorted her back to Genoa City, Wisconsin, where she was arrested on murder charges.

The Young And The Restless Spoilers: Bryton James Reminds Fans Of Fun Facts About Him #yr #youngandrestlesshttps://t.co/Om51V2R6Ky

Davidson’s seventh episode in this series is scheduled to be shown next week. He teased the questions surrounding Cassandra’s complicity in George’s death and whether she loved Paul, or not.