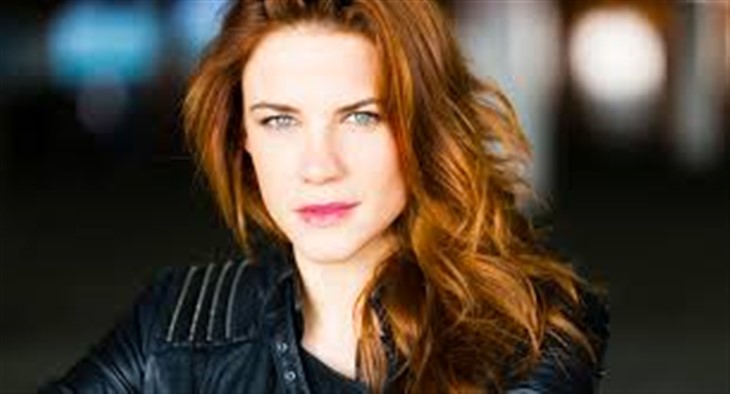 General Hospital comings and goings reveal that Courtney Hope could be headed to Port Charles, but not in an official role. The actress currently plays Sally Spectra on The Bold and the Beautiful and is in a relationship with Chad Deull, who portrays Michael Corinthos on the ABC soap. Get the details of why the soap star could be on the GH set.

The GH actor met Courtney through Bryan Craig, who used to be in the ABC soap opera. Once the two were introduced, they discovered they had a lot in common. Even though Chad liked Courtney, he told Soaps In Depth that he was hesitant and admits he might have been scared. Fast forward to today and the two have been living together for three years.

On the soap that Courtney stars in, The Bold and the Beautiful, they are using real-life partners as love doubles. B&B has already filmed several of the cast member’s spouses in romantic scenes. So, it’s safe to assume that other soaps might do the same thing.

When General Hospital resumes production, we could very well see Courtney and Chad be on set together! As fans know, Michael married Willow Tait (Katelyn MacMullen) to help him win custody of his son. It seemed to be the best option to defeat Nelle Benson (Chloe Lanier). However, fans know that this is really a love triangle and it will be interesting to see what happens in the future.

As for when GH will resume filming, Daily Soap Dish reports it as being July 20. Keep in mind that the date is not set in stone. There are a lot of factors that must be taken into consideration when these target dates are decided upon. Plus, times are really uncertain now and Los Angeles County is having a surge in COVID-19 cases. So, we will have to see what happens. But hopefully, things go smoothly so the cast and crew can get back to work!

Would you like to see General Hospital use real-life partners as love doubles to protect them from COVID-19? Are you familiar with Courtney Hope’s work on B&B? If so, would you like to see her do double duty and be the stand-in for Michael Corinthos’ love scenes?