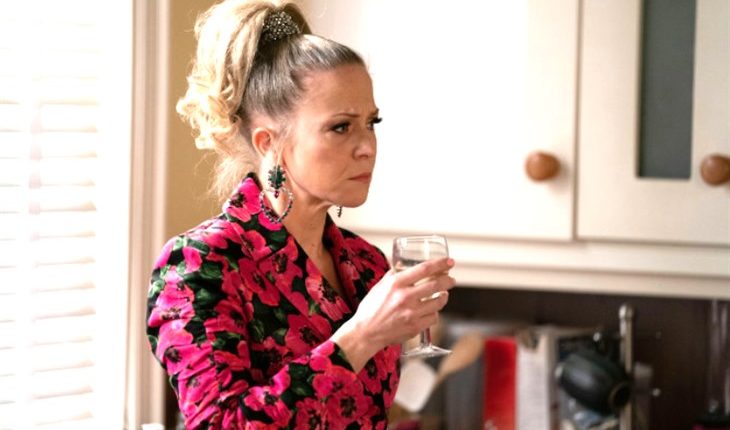 BBC Eastenders spoilers reveal that the Carter family will be tested. There are a lot of theories on the future storyline. One of them is that Linda Carter (Kellie Bright) makes a tragic mistake. Ollie Carter (Harry Farr) may catch his mother in the act, which will have her consumed with guilt. How will she deal with this, and how will she justify her actions to Mick Carter (Danny Dyer)?

In a segment of Secrets From The Square, actors have been discussing the soap. Past plots have been explored, characters dissected, and possible future storylines teased. Kellie Bright and Danny Dyer appeared in one episode a few weeks ago.

Dyer was excited about the next story for the Carters. He said it was quite possibly the best story given to him since he’s been on the show. As for Bright, she would only hint that Mick and Linda are “tested.”

Linda was struggling to work and living in a pub. Addiction recovery is no easy task. It comes with triggers, unexpected relapses, and sometimes making huge sacrifices to stay sober. They ended up selling Queen Vic to ensure Linda could keep clean. Running the pub was a dream come true for Mick, but he loved his wife even more. Mick has made countless sacrifices, taken extreme measures to protect his family, and now he has given up Queen Vic.

As for Linda, she went through quite a shocking winter and it’s probably best she doesn’t remember some of it. An interrupted murder, attempted assault, Sharon Watts’ (Letitia Dean) tragedies, the boat incident, and a child services investigation were just a few of Linda’s stressful moments. So, making such a huge sacrifice has to be worth it in the end, right? Well, it might not exactly turn out the way Mick and Linda hope.

Express speculated that moving will be incredibly stressful for the recovering addict. It could lead to her relapsing and Mick may think that his massive sacrifice was pointless. This does make sense, but for it to be Dyer’s biggest and best storyline, there has to be much more involved than a drink.

Could Linda do the unthinkable when she succumbs to temptation? Or is her downfall how she covers up a mistake when she gets caught by Ollie? We have a feeling that this is about to get awfully messy.