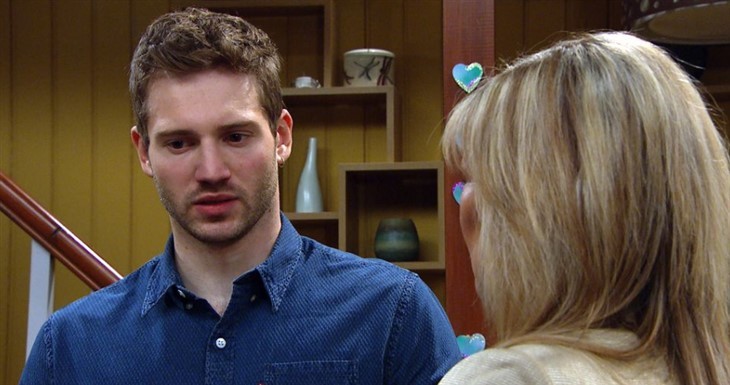 ITV Emmerdale spoilers reveal that Andrea Tate (Anna Nightingale) thinks she has outsmarted her mother-in-law. She knows the truth about Moira Dingle’s (Natalie J. Robb) hit and run. However, Kim Tate (Claire King) never loses. This mama bear just might do the unthinkable in order to protect her son, Jamie Tate (Alexander Lincoln). Andrea just might regret her actions.

As fans recall from last week, Moira was the victim of a hit and run after being threatened by Mark Malone (Mark Womack). Right now, it’s not clear if she will make it out of this alive. Moira is hospitalized and things are not looking good. Even though the villain is the most likely suspect who caused Moira’s condition, viewers know the truth.

Emmerdale Spoilers: Andrea Turns On Jamie – Holds Him ‘Hostage’ After Hit and Run

Emmerdale spoilers confirm that it wasn’t Malone who struck down Moira. It was actually Jamie, who was searching for Andrea. The estranged couple are the only ones who know the truth. At least, they were until Andrea let something slip while talking to Kim.

Andrea is trying to use her knowledge of the hit and run as a way to force Jamie to stay with her. She actually blackmails him and threatens to expose Jamie if he ever leaves her. There is only so much Jamie will be able to take.

What drives him to confess won’t be his separation from Belle or even Andrea forcing him to stay in the marriage. It will be his intense guilt as he is already consumed by it. However, there is a twist coming up in this story.

Once Kim finds out about Jamie’s accident, she tells him that they need to clean up the mess and dispose of any evidence. She offers to help Jamie with this daunting task. However, Kim doesn’t take kindly to anyone threatening her family. This includes Andrea and blackmail is a form of a threat.

It won’t be enough for Kim to prevent Jamie from being exposed as the person who turned Moira into roadkill. She is a vengeful woman and always wants to even the score. When she cleans up the mess from the accident, could she manage to leave tiny clues that implicate Andrea in the crime? We wouldn’t put it past mama bear Tate. We’ve learned over the years that she is capable of anything.