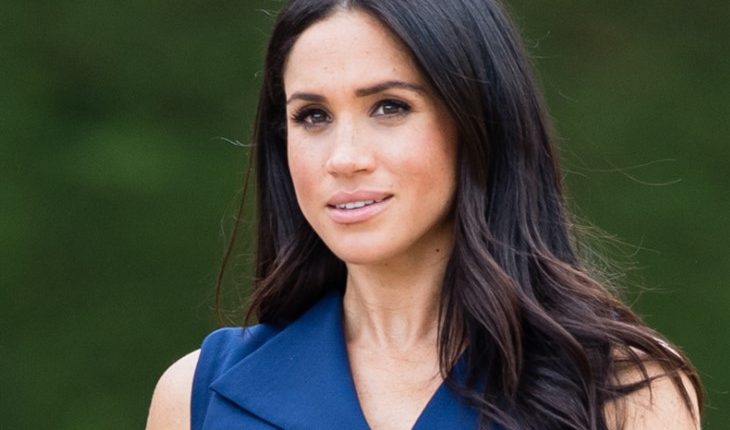 “I believe we are on the precipice of transformation,” said Meghan Markle. This was during Meghan’s first real speech since quitting the U.K. During the Girl Up’s Woman in Leadership event, Meghan seemed to really get into the groove, suggesting that everything is patriarchy and male privilege.

“I say to you keep challenging, pushing, make them a little uncomfortable. It is only in that discomfort that we actually create the conditions reimagine our standards, our policy, and our leadership to move towards real representation and influence over the structures of decision making and power,” Meghan Markle said.

What does Meghan mean “precipice of transformation?” So what, according to Meghan … if you’re a woman, you must raise a fist and what … imagine a female-dominated world? Because a lot of what Meghan said didn’t sound inspiring, it sounded like someone preaching societal revolution. As Meghan said, “That path to get us there will take all of us.” Meghan continued, suggesting that: “We can accelerate the pace of change and we don’t have to be satisfied with the current speed of progress.”

So, Meghan wants to create this river that becomes a sea of female warriors to bring about “change.” Some might even think Meghan is channeling her inner Barack Obama here.

Of course, some will point out that Meghan also said, “It will take girls and women, it will take men and boys, it will take those that are black and those that are white collectively tackling the inequalities and structural problems that we know to exist.” Therefore, if it appears Meghan is calling for equality and righting the wrongs of inequality, how can that be a bad thing?

The answer lies in the details, as Meghan didn’t outline any particular roadmap for achieving that equality. By speaking in broad generalities, Meghan left the “how” up to the imaginations of the young women who listened to her speech. Much like political speeches designed to whip the listener into an emotional frenzy, Meghan’s was a lot of propaganda sounding soundbites with little real substance. There was nothing in Meghan’s speech that would allow listeners even to begin thinking of the issues in a critical manner.

In addition, many believe that Meghan took the opportunity to take a swipe at the British Royal family and the “status quo” of the monarchy. In fact, Meghan’s specific words were, “Another thing about those lawmakers, leaders, and executives that I mentioned earlier. Many of them, for better or worse do not listen until they have to. Because the status quo is easy to excuse and hard to break but it will pull the tightest right before snapping.”

Is Prince William Prohibited From Flying With His Son, Prince George? – https://t.co/aHapdrlHMP via @ourteentrends #PrinceWilliam #PrinceGeorge

Some suggest that Meghan’s not just about bringing down “the patriarchy,” and “white privilege,” but also a bit keen on blasting British traditions all to hell. Of course, one has to wonder why Buckingham Palace hasn’t simply cut her loose. After all, here Meghan is ranting about her own, personal political views and she’s using her status as a British Royal as a means of suggesting legitimacy.

In other words, Meghan’s using her titles as a prop to support her politics. How can Queen Elizabeth and the rest of The Firm permit this to continue? Isn’t it about the time Prince Charles cut Prince Harry and Meghan off from their Duchy of Cornwall lifeline?

The bottom line here is that of course Meghan Markle is entitled to her own beliefs. Meghan is free to be an activist as much as she desires … but not as long as she represents Buckingham Palace in the minds of her fans.