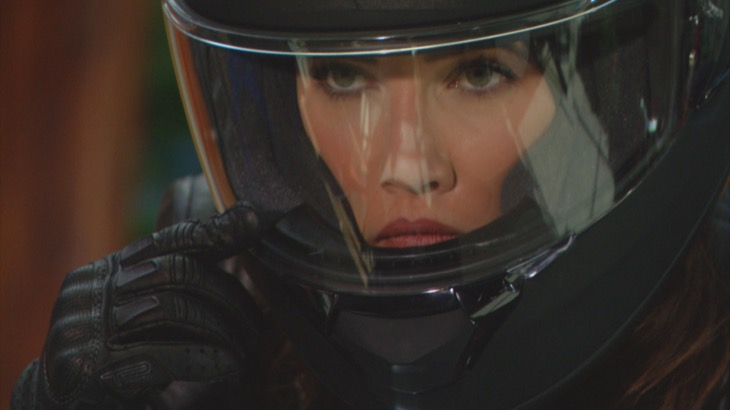 TV Line teases details of next week’s brand new episodes, which are the first to be seen since late April due to the production shutdown.

As CDL readers recall, MacInnes Wood posted photos to her Instagram account in May, when she was at a motorcycle school in Southern California. That took place during the production shutdown, but apparently after she’d filmed the motorcycle crash scene a few months earlier.

B&B fans could assume that the actor was energized by the work she did on set, as the motorcycle scenes that viewers will see this week were shot before production was shut down in mid-March. TV Line reported that while new episodes will be airing this week, the July 22 crash episode was filmed before the shutdown began.

Bill and Steffy have a complicated history. Classic episodes reminded hardcore viewers and informed newer fans, that Steffy was in love with Bill many years ago. He was trying to push her off during a recently re-aired episode.

In more recent years, Still reunited during an ill-fated night that Steffy deeply regretted the next day. Her attempt to keep that secret failed, with a masterful reveal episode having Liam Spencer (Scott Clifton) find pregnancy test results that included Bill’s name.

The above makes B&B’s choice of Diamont’s character both historic and compelling in modern times. Fans can also imagine how Bill’s enemy, Ridge Forrester (Thorsten Kaye), will react when learning of the news, which follows Bill’s cabin kiss with Brooke Logan (Katherine Kelly Lang).

Tanner Novlan (John Finnegan) was recently revealed as being newly cast. This actor recently filmed scenes, as the July 23 episode he debuts in was recorded within the last few weeks.

The Bold And The Beautiful Spoilers: How Will Ridge React To Bill Nearly Killing Steffy? #bb #BoldandBeautifulhttps://t.co/XQ6JYIWFZD

Whether Dr. Finnegan becomes Steffy’s rumored new love interest remains to be seen, as executive producer Bill Bell advised that some new men will be tied to Steffy in the future, which starts next week. So, after Finn uses his medical skills fans will later learn if he’s also Steffy’s new Mr. Right.