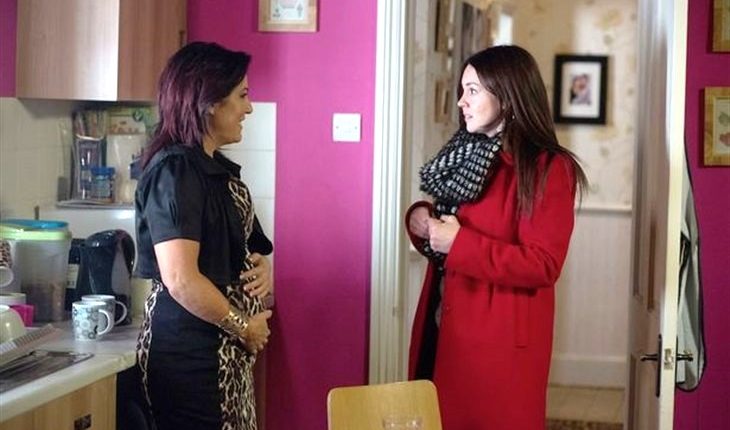 BBC EastEnders Spoilers hint that Kat and Stacey will be returning to the British soap when episodes return to viewers’ screens. The soap has returned to filming after pausing production due to the lockdown caused by the pandemic.

The soap is set to hit the screens of viewers in September. However, there is already information out about what can be expected when the soap does come back on viewers’ screens. This will include the return of two EastEnders characters, Kat and Stacey. Viewers can also expect for Kush to go through some more struggles due to the lockdown.

Viewers have been expecting for Stacey to return ever since Jean went off of her meds and began referring to Stacey. On top of this, Kush made a call to Stacy before the soap ran out of episodes. So it will be no surprise that she will be returning to the British soap when it comes back on air once again.

Stacey has been off-screen ever since last Summer after she ran off due to her attacking Phil Mitchell. The actress who plays Stacey has since been on maternity leave after she gave birth to her first child and was set to return to the soap this year.

There is not much information out on the return of Stacey as everything has been kept under wraps so far. However, with all the things that have been going on before the soap went off, viewers may be able to expect an interesting storyline for her. Although it is exciting that Stacey will be coming back, she will not be the only character that will be coming back to the viewers’ screen.

It was revealed recently by Davood Ghadami who plays Kat’s boyfriend, Kush, that Kat returned to the Square during lockdown while the show was off-air. During this time, she spent lockdown with the Slaters. As for Kush, he will be struggling with living with the Salters during the lockdown, which some viewers may relate to in their own lockdown struggles. However, viewers will see the repercussions of this when the show airs again.

“The last thing we saw was Kush having a bit of difficulty with Jean and trying to sort it out, but going about it the wrong way”, Davood went on to tell Stacey Dooley. “But he’s forgiven by Jean and let back into the house, so he’s in 31 with all the kids, with Jean, with Mo, with Shirley. We also have Kat back, so they actually spend lockdown together.

Kush has had a really testing time – unlike Martin, who sounds like he’s enjoying the fact that they can’t leave their bedroom. For Kush, it’s very, very testing for him – and what happens at the other side of it is so exciting.”