Princess Beatrice Is A Brand New Stepmother And Is Thrilled! 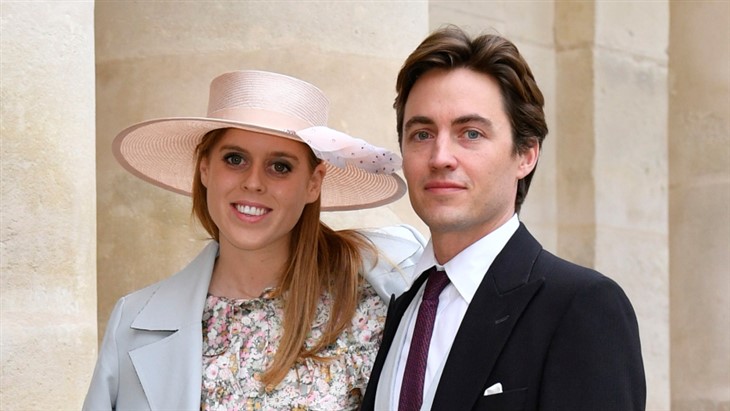 When Princess Beatrice married Edoardo Mapelli Mozzi on Friday, she was given a brand new title, that of “stepmom.” And according to the couple’s friends, she can be counted on to be a “doting stepmother.”

Edo’s four-year-old son, Christopher Woolf Mapelli Mozzi is better known by his nickname Wolfie. The little boy was given two cherished roles in the couple’s wedding, that of best man and page boy. Wolfie’s mom is architect Dara Huang.

One of the couple’s friends went on the record to say that, “Bea is totally into the step mum role. She’s very concerned about getting it right and making every effort to be a second mother to Wolfie. She’s totally devoted to him and talks about him all the time.”

They added that “She’s ensured there are loads of pictures of him up in their house, so he feels like he has two families, and they do get on well.”

Has Beatrice Gone Above The Pale To Be A good Stepmom?

In what may be perceived as a slight by those listening closely, the source went on to say that Beatrice, “has instigated a lot of that, rather than Dara. Bea has always been really close to Edo’s family, so it’s natural that Wolfie should become part of hers. He’s a super little boy and extremely cute. It will be interesting to see what happens when they start their own family – but Bea is so caring, his happiness will always be her number one priority.”

Little Wolfie was named after Edo’s stepfather Christopher Shale. Shale died of a heart attack in his mid-50s while attending the 2011 Glastonbury festival. Edo’s stepfather and mother Nikki were friends with Beatrice’s parents and Sarah is the godmother to their son Alby, 29.

Where Will Beatrice And Edo Live Following Their Wedding?

For now, it is expected that Beatrice and Edo will live in her apartment in St. James’s Palace. But one can only speculate as to their ultimate residence as Edo is a property developer who specializes in the creation of ultra-extravagant homes for those for whom money is no object.

Meghan Markle Sounded Like She Was Stumping For Political Office At A Girl’s Development Convention https://t.co/vz30bh6tTJ pic.twitter.com/Lm2YaHsUvw

Perhaps he will create something suitable for a princess? It is entirely possible!

Both of Edo’s parents share custody of their little tyke so it looks as if Beatrice will have lots of practice if she decides to start a family of her own.