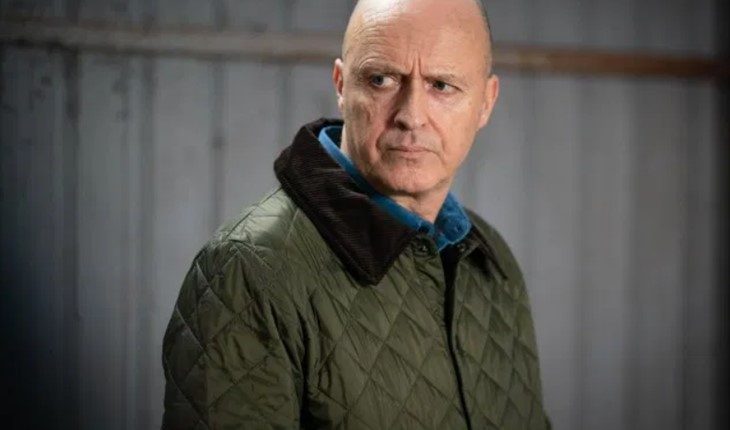 BBC Eastenders spoilers reveal that Paul Usher is reportedly returning to reprise the role of gangster Danny Hardcastle. This time, he is going after Phil Mitchell (Steve McFadden) and Ben Mitchell (Max Bowden). The villain seeks revenge for an auto theft job that went wrong. Keep reading to find out more about what to expect in the upcoming storyline.

The soap legend has been in Eastenders before. He appeared on our television screens in 2019 and again earlier this year to have Phil’s daughter kidnapped. He planned on selling Louise Mitchell (formerly Tilly Keeper) into the sex industry. She was saved and Ben unleashed his rage on Danny. Then, Phil banished him from the Square.

Eastenders spoilers claim that a show insider leaked the information to The Sun Online. The 59-year-old has reportedly already been filming scenes and those episodes are expected to air when the show returns in September 2020.

The source said that Phil didn’t think he would ever see Danny’s face again. However, the gangster comes back and is furious. He wants revenge over a shady stolen vehicle job that went awry earlier this year. The storyline is supposed to last through winter. The source teased,

“Phil and Ben need to watch out as when Danny returns, he’s not going to be happy with them… The revenge storyline will play out over the winter – with things getting increasingly tense between Phil and Danny.”

Ben was supposed to have a cochlear implant fitted, but the surgery was postponed due to a fever. There might also be some tension with “Ballum.” While Callum Highway (Tony Clay) has law enforcement career goals, Ben will get drawn into shady deals and criminal deeds. It is teased that there could come a point in which Callum won’t be able to turn a blind eye anymore.

As for Phil, he will likely seek revenge on Ian Beale (Adam Woodyatt) for buying the Queen Vic from under him. He will try to take Sharon Watts’ (Letitia Dean) childhood home as a way to punish her. As fans recall, she chose her baby over Phil. There is also the truth about Dennis Mitchell’s death (formerly Bleu Landau) that needs to come out.

What do you think of the report that Paul Usher is reprising the role of Danny Hardcastle? What do you expect will happen with Phil and Ben as they deal with more conflict and bombshells?