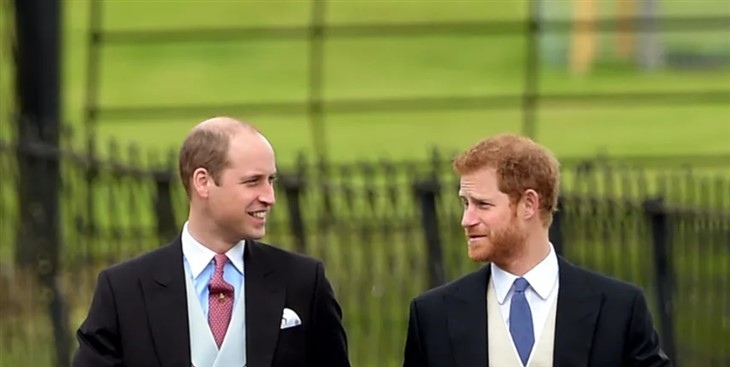 Apparently, Prince William and Prince Harry are in a bit of hot water. That’s because Prince William and Harry are accused of transferring money from one of their non-profit charitable organizations over to one of Prince Harry’s for-profit organizations … a distinct impropriety. Indeed, according to reports, a charity watchdog group, which is called “Republic” went on the attack and wrote to the U.K. Charity Commission.

The charity watchdog’s letter said in part: “The Royal Foundation gave a grant of £145,000 ($183,000) to Sussex Royal and £144,901 ($183,057) to a non-charitable organization (Travalyst). In both instances, it appears the only rationale for the decision was the personal relationship between two patrons, the Duke of Sussex and the Duke of Cambridge.”

In other words, Prince William and Prince Harry are accused of putting their personal relationship well above the best interests of The Royal Foundation (the non-profit both Harry and William used to run their projects through before “Megxit”) and Harry’s breakaway charity, Sussex Royal.

Things wouldn’t have been a problem if Prince William and Prince Harry had equitably split the funds between The Royal Foundation and Sussex Royal. However, the pair ran into a problem when Queen Elizabeth forbade Prince Harry from using the word “Royal” as part of his branding. In fact, after the Queen’s decision on the matter, Harry was forced to shutter Sussex Royal altogether.

It’s likely that Prince Harry just thought that in lieu of using Sussex Royal for his projects, in the meantime, and until he could form a new charity, he would keep operations running by funneling cash from The Royal Foundation to Travelyst. Regardless of motivations, however, it’s possible that Prince William and Prince Harry’s actions weren’t quite legal. William and Harry’s conduct was probably carried out with zero criminal intent, but may unfortunately have still been illegal.

As Republic continued to write in its letter to the U.K. Charity Commission: “The Royal Foundation has lost almost £300,000 to Prince Harry’s pet projects. Harry’s own charity is now closing and he appears to be taking the charity’s money with him.”

Indeed, the chief executive of Republic, said of Prince Harry: “I can’t see how that isn’t a breach of charity law. Whatever the legal position this looks unethical and underhand. People donate money to a charity expecting it to be used to fund the charity’s objectives, not to be given away to support a patron’s other projects.”

Whatever the truth happens to be, the bottom line is that the British public and even fans in America can be sure that Prince Harry and Prince William will no doubt mount a vigorous legal defense over Republic’s allegations.

Indeed, it wasn’t long before one of Prince Harry’s legal representatives answered Republic’s charges with a statement that partially read: “Travalyst (which was founded within Sussex Royal) is a non-profit organization for which The Duke receives no commercial or financial gain, as is the case with all of his charitable commitments.

The Duke has not, nor has he ever, had any personal financial interest in his charitable work. All of The Duke’s charitable activities are fully transparent as well as compliant with Charity Commission guidelines, and moreover with his own moral compass.”