Camilla Has Taken Over This Important Role From Prince Philip 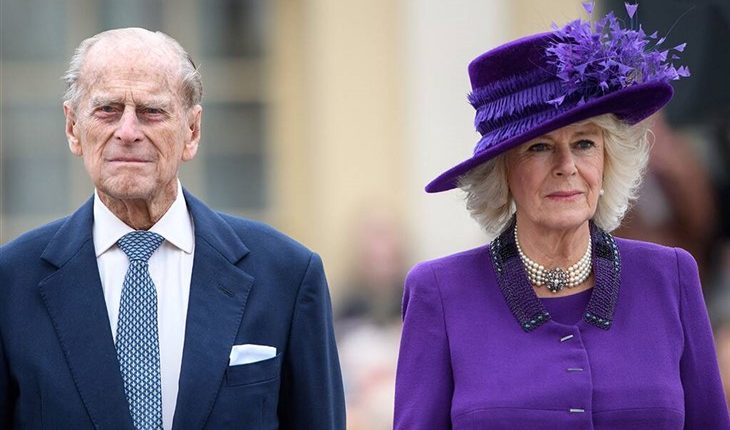 Today 99-year old a smiling Prince Philip made his first public appearance in over a year as he participated in a ceremony at Windsor Castle.

The occasion was the transfer of the role of Colonel-in-Chief of The Rifles from Philip to Camilla, the Duchess of Cornwall.

Philip has served as the Colonel-in-Chief of The Rifles since its 2007 debut at which time the Duchess of Cornwall was appointed Royal Colonel of 4th Battalion The Rifles. The Rifles’ Colonel Commandant, General Sir Patrick Sanders said of the transfer, “We feel it’s a bittersweet day because we’re enormously proud of our association with the Duke of Edinburgh who has been the most amazing Colonel-in-Chief and we’ve really flourished under his tenure.”

During the transfer ceremony Philip was thanked by Assistant Colonel Commandant, Major General Tom Copinger-Symes, for his support of The Rifles, as well his endorsement of their forming and prior regiments.
Immediately following, Camilla was welcomed as the new Colonel-in-Chief at the other half of the ceremony which took place at Prince Charles and Camilla’s home, Highgrove House in Gloucestershire. Sanders added, “But it’s also really special to have the Duchess of Cornwall coming in because she has a long association with The Rifles.

“She has been absolutely inspiring and the support that she’s given and the way that she sustained that through some quite difficult and bloody tours.”

He is referring to Camilla’s support of the Battalion during the Iraq and Afghanistan conflicts. At that time she wrote to next of kin, sent letters to injured troops, met with families, and attended medals parades.

Camilla Is Now In A Role Once Occupied By Prince Philip

Camilla’s entrance was marked by four buglers of The Band and Bugles of The Rifles sounding The Rifles Assembly.

Sanders welcomed the duchess as the new Colonel-in-Chief. Since Camilla was made the Royal Colonel of 4th Battalion The Rifles in 2007 she has held receptions for both incoming and outgoing Commanding Officers and she has carried out engagements in support of the Battalion.

In 2019 Camilla visited the New Normandy Barracks to award service medals and at that time she met with members of the Battalion and their families.

The Prince’s transfer of power follows his 2017 retirement from royal duties at which time he had completed 22,219 solo engagements from 1952 on.