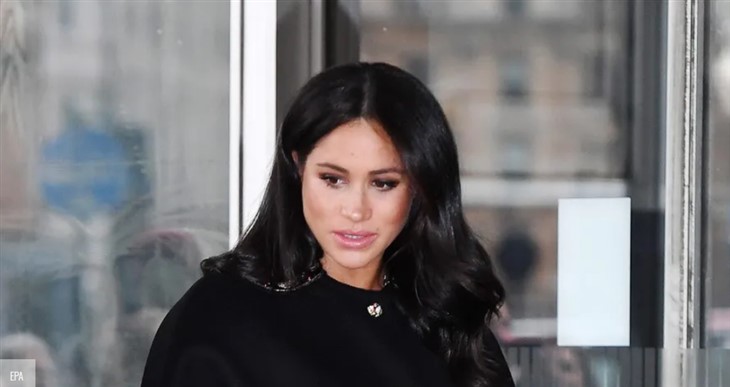 Why in the world so many British tabloids keep banging on about Meghan Markle “intervening” in the upcoming U.S. elections in November is anyone’s guess. How exactly do they believe the Duchess of Sussex could successfully step in is beyond the imaginations of many.

The very idea that Meghan could meddle with the campaigns of either Donald Trump or Joe Biden raises all kinds of ethical and legal questions … and if anyone believes that Meghan Markle is going to head off and pull an independent run ala Kanye West, well they’re dreaming.

Days Of Our Lives Spoilers: Hidden Bomb Explodes At Ben And Ciara’s Wedding?

First of all, it’s repeatedly been said that a number of things would have to happen before Meghan Markle could even consider a run for the White House. For example, the very fact that Meghan is married to a British prince … regardless of whether they “stepped back” from Buckingham Palace or not … would leave Meghan open to accusations of real foreign influence in whatever administration she formed (if she won).

This would mean that Meghan’s ambitions would have to be greater than her love for Prince Harry. That’s because, in order for her to overcome that obstacle, Meghan Markle would likely have to divorce Prince Harry. Either that or Prince Harry would have to give up all of his royal titles and utterly renounce his own family. No true fan of the British Royal Family wants to take bets on the likelihood of that happening.

Another issue is the fact that there’s a requirement that a presidential candidate actually lives continuously in the U.S.A. for a period of 14 years. Obviously, Meghan was living in the U.K. not that long ago, and before that she resided in Toronto, Canada. Therefore, Meghan’s got to live somewhere in America for the next 13 years or so before she could legally run for the presidency.

However, that hasn’t stopped some from speculating that with all of Meghan Markle’s recent political activism, she might still be someone to keep an eye on. Rumor has it that Joe Biden, the former Vice President under President Barack Obama, is on the lookout for a Veep pick of his own. Some believe that Democratic strategists are pushing to ensure that whoever Joe Biden’s vice presidential pick happens to be will be a woman of color.

Knowing this, some (mostly Meghan’s Twitter mob) believe that Joe Biden might even consider her for a running mate. Of course, this ignores the fact that there are many other women of color who actually have political experience, who have a high profile (in America at least), and who might be much better suited to a governing role than Meghan Markle.

Additionally, pushing for a Meghan Markle Veep candidacy as a woman of color also ignores the fact that, like Barack Obama (who was called the first African American president) she is actually mixed race. Meghan Markle’s parents are black and white … just as Barack Obama’s were.

Moreover, considering the fact that Meghan married a man who has been called “the most privileged white man on the planet,” she and her supporters might not have much “woke” bargaining power with those on the fringes of the Democratic Party. With that in mind, it’s more likely that when it comes to Meghan Markle as a VP pick, the Biden campaign will take a hard pass.