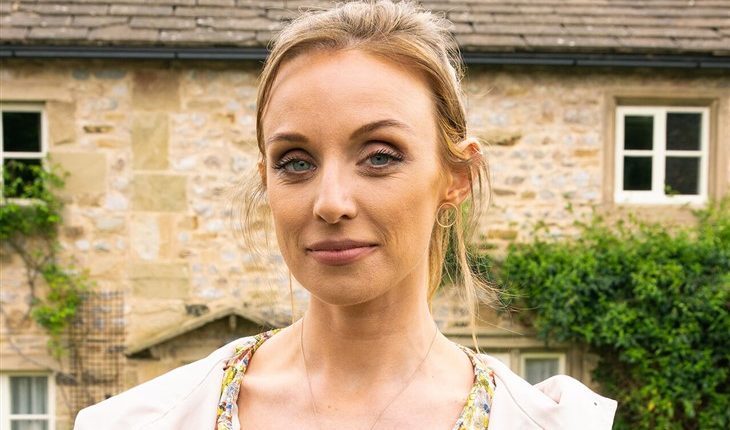 ITV Emmerdale spoilers reveal that Andrea Tate (Anna Nightingale) will do whatever it takes to keep her man, even if it’s by force. She forces him to arrange a romantic meal but will end up being the one who is played. Jamie Tate (Alexander Lincoln) masterminds a scheme that is full of intimate deception and romantic trickery. Who will end up winning and what exactly is Jamie planning on doing to stop Andrea from following through on her threat?

Next week, Andrea will take her desperation and manipulation to an entirely new level. She is already blackmailing Jamie and his mother, Kim Tate (Claire King). She knows the truth about Moira Dingle’s (Natalie J. Robb) hit and runs. She uses the accident and Jamie’s involvement to try and force Jamie to stay with her. Next, she will force Jamie to set up a romantic dinner for the two of them, and she makes sure that Belle Dingle (Eden Taylor-Draper) is watching.

Emmerdale spoilers reveal that Jamie might finally reach his breaking point. He won’t lash out or tell Andrea to go ahead and expose him as the driver. No, he taps into his Tate bloodline and masterminds an elaborate plan. He deceives Andrea by making her believe that he really wants to be with her. He’s pretty convincing and the manipulator is fooled.

It is hinted that there might even be some intimate trickery involved. Previously, it was speculated that Andrea would force Jamie to sleep with her. However, in light of this new information, perhaps he becomes intimate with Andrea to fool her. It is stated by Digital Spy that Andrea swoons in her romantic bliss.

It should be interesting to find out what Jamie’s endgame is with this romantic trickery. He must have a goal in mind and when Andrea realizes she’s been played, it will be an explosive truth bomb. However, what will stop her from exposing him as the driver who hit Moira? Or does Jamie’s plan include making sure that he isn’t the one who pays the price for the crash… perhaps Andrea will be the one implicated in the hit and run.

Emmerdale fans have been frustrated with Jamie’s lack of action in this storyline. Andrea calls all the shots, Belle even takes some action, but Jamie is the one who needs to stand up and put a stop to this. The actor recently appeared on Lorraine and expressed his frustration with Jamie just sitting back and taking it.

However, we will start to see Jamie’s dark side. We have a feeling that even master scheme queen Kim Tate is going to be impressed.