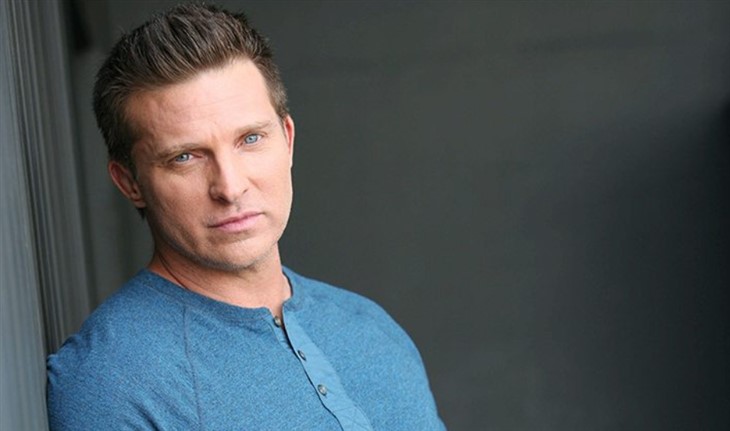 ABC General Hospital spoilers reveal that Steve Burton is speaking out about the return of the ABC sudser and his alter ego, Jason Morgan. Like his costars, Steve is a professional through and through and his thoughts reflect that. A peek at his Insta shows that the handsome hunk is spilling his thoughts about his day job and we have all of the details for you here!

This is what Steve posted along with another He-Man photo of his incredible isolation body: “Working. Always More work to do! But Ready get back to WORK WORK @generalhospitalabc #homeworkout #homegym #gh #grateful.”

Clearly Steve is ready to get back to the set and his role as Sonny Corinthos’ (Maurice Benard) mob enforcer, or should we say his muscle, given the rippling appearance of bod in his latest pic?

If Steve ever gets tired of acting he has a career waiting as an art class model. In his pic, he has perfected the faraway distant stare while he poses powerfully yet gracefully. We can’t tell if his hair is still blonde because he has a ball cap on but he has posted pics of his bleached isolation locks.

Clearly his fans are eager for the actor to get back to work as well. One posted, “So are we… Can’t wait to see you guys on my TV again,” another wrote, “We are ready also!!,” and of course someone just had to write, “Look at those muscles.” 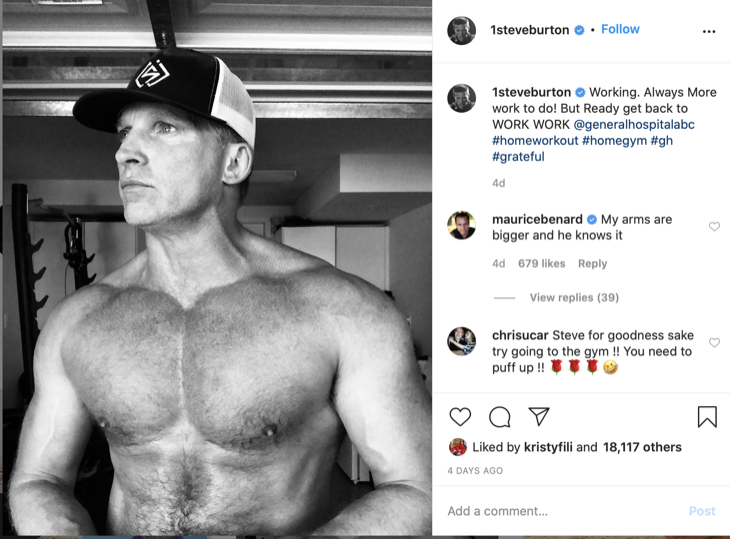 Steve has not been the only GH star to try and keep fans updated about what they are doing while at home amid the coronavirus pandemic shutdown. Ingo Rademacher (Jasper Jacks) has shared with fans that he is teaching his son to drive, and Nancy Lee Grahn (Alexis Davis) has revealed that her daughter graduated from college this summer.

The show announced plans to restart production this month but its exact launch date has been a moving target. The show, cast, and crew want to return to work in the safest environment possible and that means a lot of boxes need to be checked off before the studio is reopened for filming.

However, Good news it was announced that General Hospital will start airing new episodes on August 3, 2020.

We will keep you updated on the latest GH news as it becomes available.