The Bold And The Beautiful Spoilers: Thomas And Taylor Rush To See Steffy – Crisis Draws Family Back Together? 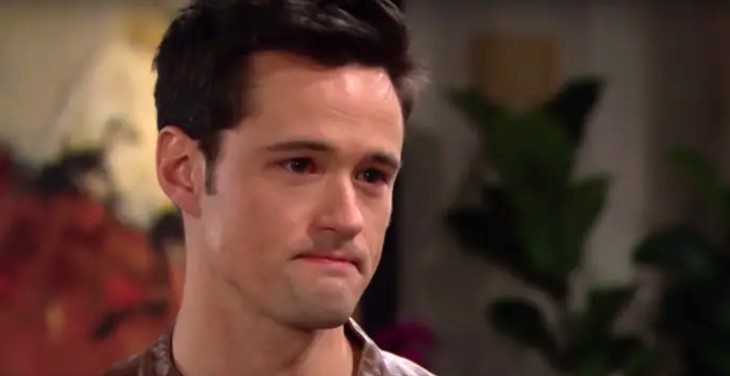 CBS The Bold and the Beautiful – Thomas Forrester (Matthew Atkinson) Taylor Hayes (Hunter Tylo) spoilers tease that Thomas Forrester (Matthew Atkinson) and Taylor Hayes (Hunter Tylo) are likely candidates to reappear in Los Angeles, California. Steffy Forrester’s (Jacqueline MacInnes Wood) motorcycle accident will lead to an emergency hospital admission and with that, her loved ones will rightly be concerned about her life.

The Bold And The Beautiful Spoilers – Beyond Production News

Fans were overjoyed when they first learned that B&B returned to production last month. The initial week’s schedule only allowed for one day’s worth of scene recording to take place in mid-June, as testing protocols need to be adjusted. However, this iconic soap opera resumed production the next week and has been filming steadily ever since.

The resumption of production meant that new shows would be available sometime this summer, with no exact date initially known. Regular time production schedules generally had this soap recording scenes that were produced into an episode that was ready to air within approximately six weeks. Current circumstances have cut that turnaround time nearly in half in order to deliver fresh content to hungry viewers.

B&B Spoilers – Thomas Forrester Has Been Missing Since March

Thomas’ marriage promise to Zoe Buckingham (Kiara Barnes) was revealed as a sham in mid-March, as viewers saw at the time and were recently reminded of through two repeat episodes. Hope Logan (Annika Noelle) and Douglas Forrester (Henry Samiri) worked together to confirm the belief that Noelle’s character, not Barnes’, remained Thomas’ true aim.

Atkinson’s character bolted from the incomplete wedding ceremony and hadn’t been seen again when the last new episode aired in late April. He’d disappeared in the past. That historical point, along with the belief that Atkinson was still a part of the cast, allowed fans to suspect that Thomas would return when the time was right.

The Bold And The Beautiful Spoilers – Taylor Hayes Reappears Along With Her Son?

It’s possible that Thomas has been living with Taylor in Europe since the spring. But even if he hasn’t, B&B would be right to couple Thomas and Taylor’s reappearances in LA.

It’s natural that Steffy’s mother and brother, along with her father, Ridge Forrester (Thorsten Kaye), grandfather, Eric Forrester (John McCook), and other loved ones would all gather at the hospital because of the dire circumstances that are about to unfold.