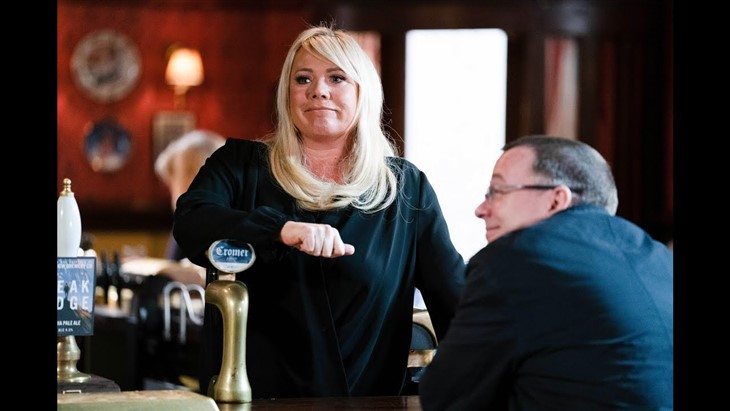 BBC EastEnders spoilers hint that Ian may have made a big mistake before the British soap went off. EastEnders is currently not airing on the screens of viewers due to them running out of new episodes. However, the soap has already begun filming once again.

There has been some news on what the new storylines are going to be included in the new episodes, and this will include a new storyline for Ian. Ian is currently already in the middle of one storyline, including Dotty, who is trying to expose him for his part in Denny’s death. However, this will not be his only storyline.

Ian has been holding on to his feelings for Sharon and his guilt for having played a part in the death of her son, Denny. So when he learns about Linda not wanting to sell to Phil and Sharron wanting to help Linda get out of the pub, he does not hesitate to give her money to buy Queen Vic. To make matters better, he got to see the look on Phil’s face when he learned of Sharron being the new owner of Queen Vic. However, this might backfire on him and lead to his next storyline as the virus will be hitting the streets of EastEnders.

EastEnders has been airing a spinoff show to EastEnders called Secrets from the Square with a recent episode, including Adam Woodyatt, who plays the role of Ian. In the episode, he talks about how his character will soon face some financial hardship as a direct result of the pandemic as well as his decision to give Sharron the money. He went on to explain, “Ian has bought The Vic for Sharon. He has done it out of guilt. There are going to be financial ramifications as well.

Because of lockdown, any money Ian thought he had – he isn’t going to have quite as much going forward. That’s the story that has been hinted at.” What do you think? What do you think will come from this storyline, and do you think that this will affect the chances of his secret still being revealed?